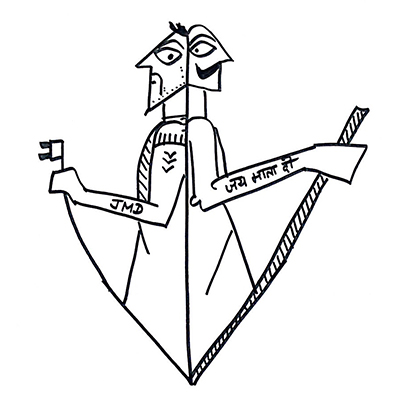 Increasingly one hears from various people talk about India being different from Bharat. Are there is confusion which represents ‘real’ India.

India’s political leaders, whose children work hard to belong to India, but whose vote banks are located in Bharat, endorse this discourse. American and European academicians also endorse it. If they have Right-wing leanings they see India as global and western and Bharat as feudal. If they have Left-wing leanings they see India as the elitist oppressor and Bharat as the hungry oppressed. Both fiction and non-fiction authors who seek to decode India for the world endorse this divide. Even business people and consumer experts speak of this divide but prefer referring to India as India 1 and Bharat as India 2.

This divide can be traced to British Orientalists who sought to unite India using Sanskrit, that they saw as the Latin of the East: the language of the priestly class, that connected India as Latin connected Europe, despite the diversity of geographies, tribes, languages and communities. Even today, many in India see ‘Sanskrit’ as the mother language. It fuelled the commonly referred to divide between margi (classical Hinduism) and desi (folk practices). This primacy placed on ‘national’ Sanskrit to regional languages helped further the cause of the Indian nation state based on Hindu ideology.

But this was naturally opposed by secular forces who pointed out that in medieval times, the language that bound North India was Braj Bhasha, the language that bound South India was Telugu, and the court language favoured across the subcontinent, across its many Muslim and Hindu rulers, was Farsi. From Farsi and Braj Bhasha came Hindustani, and eventually Hindi and Urdu. Attempts to create a ‘national’ official language using Hindi, was fiercely resisted in Tamil Nadu. We see these tensions during swearing ceremonies of Chief Ministers who choose local languages over Hindi.

To the added irritation of nationalists, the language that binds India, across courts and bureaucracies and corporations remains English. English enables India to compete on the world stage, not its regional language. So we have ended up with a pan-Indian India united by English and a linguistically divided Bharat. Good or bad, it is reality.

One can only conclude that while the British left India, we continue to uphold their ‘divide and rule’ policy in our public discourse.