Imagining a nation’s past 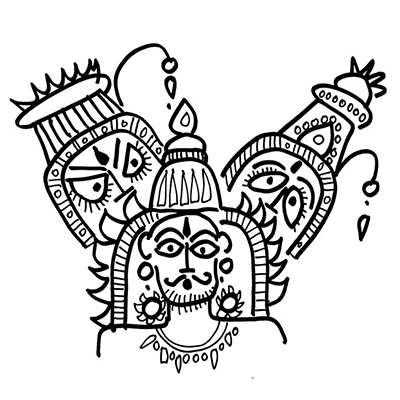 Historians and sociologists do not like the word mythology. They prefer words invented by them: imaginary. In doing so, they locate themselves in a position of power, outside any imaginary, in the realm of ‘truth’. But a historian who is successful under a Government is usually one who nourishes that Government’s imaginary. Government imaginaries are usually of two types: reforming imaginaries and reclaiming imaginaries.

In reforming imaginaries, the past is seen as foul and in need of cleansing. In reclaiming imaginaries, the past is seen as great that needs to be re-established. Thus, in Nehruvian times, the past that needed reforming was Brahminical, feudal, unequal, in need of cleansing with a scientific temper. The narrative enabled suspicion of all private enterprise, and justified positive discrimination and minority appeasement. In Modi’s time, the past that needs reclaiming is Vedic, a homogenous society, full of great scientific discoveries, and nobility, disrupted by Muslim and British invaders. This narrative demonises universities that speak of social justice and equality, and justifies reframing Hinduism in narrow nationalistic terms.

This construction of the past is not unique to India. We find this in China, too. In the 1960s, when China was avowedly Communist, the government produced a stage show called the East is Red that presented China’s past as imperial, feudal and miserable. However, in 2008, during the Beijing Olympics, the government displayed a great pride in its noble harmonious past, an idea now being presented through various Confucian Institutes around the world, and specially designed tourist attractions for domestic as well as foreign travellers. In its own self-conception, China rarely sees itself as the aggressor; it believes other countries were drawn to it by its wealth and brilliance, submitting to it voluntarily, because it was the proper thing to do. Both old and the new Communist imaginaries spoke of ‘the century of foreign humiliation’ and rejected all mention of ‘thousand years of Chinese domination’ that informed Vietnamese national imaginary.

Lest it be seen as an Eastern disease, let us take a look at America’s imaginary. The reformist Obama referred constantly to economic and social inequality, and did not shy away from the past based on slavery of African Americans and dispossession and eradication of Native Americans. Everyone around the world saw America as the land of freedom and opportunity, one that fought for liberty and equality, yet more and more rural Americans themselves saw it as a land of eroding values, with a great need to make America great again, under the leadership of Donald Trump, in whose imaginary immigrants are the problem, creating inequality by their demands. One of his ministers, an African American neurosurgeon, stated at a public forum that African American slaves were actually early immigrants who have not made the most of the opportunities America has given us. Their laziness, and addiction to social welfare keeps them poor.

In Europe, children are taught how European Enlightenment gave the world rationality and science, which is true. But, they are not taught how Enlightenment gave rise to forces that enabled colonialism. While Germany was humiliated for its treatment of Jewish people, Britain has never been shamed for its treatment of India over two centuries of colonial rule. Thus, secular mythologies, i.e. imaginaries, thrive everywhere, and enable the rise and fall of governments.