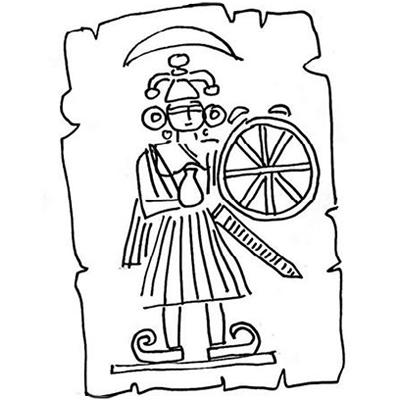 People often speak of a civilisational rupture that took place when Islam came into India. The easiest way to understand this is to go back in history and figure out the different ways in which kingship was perceived, in medieval India and medieval Persia, before 1,000 AD. In other words, what constituted ‘Hindu rajdharma’, and how different was it from what was called Turuku rajdharma by Indian kings?

A thousand years ago, Indian kings followed, what was called, the Rajmandala concept. At the centre of the Rajmandala were the king and his kingdom, and his patron deity in a large temple complex. Around him were the people who paid him taxes and chieftains who paid him tribute, which constituted his kingdom. Beyond that, they were his rivals. And beyond them, his allies. So, the kingdom was organised as a series of concentric circle, which was surrounded by the rivals, the foes and the friends. Beyond the enemies, lay the enemies’ enemy, who became friends of the kings. This concentric structure of power was visualised by Chanakya in Arthashastra.

Since the time of Ashoka the Great, 2,300 years ago, India never had a great king controlling a large area. The only great king after Ashoka was perhaps Kushan, who was not from India, but from northwest India. After him, came the Gupta kings from Pataliputra. But these kingdoms lasted a generation or two, and fell back to the old game of multiple Rajmandalas in tension with each other.

The Rajmandala concept became especially popular between 300 AD and 1,300 AD. It was in this period that temples played an important role. Temples were how the king’s power was established. The king was the viceroy of the deity, and when the king was conquered, symbolically, the king’s temple would be made subject to the temple of the victor. Thus, you find, across India, large temples, which encompass smaller shrines. These shrines have images brought from neighbouring kingdoms, following their conquest.

This model did not exist outside of India – certainly, not in China and, more importantly, the Middle East. A new model of kingship known as the Persianate model of kingship came from the Middle East, via Central Asia, Afghanistan and Persia. Here, at the centre of the world, was the Sultan, who was surrounded by elite warrior squads, known as ‘slaves’. These were men who had been uprooted from their homes and brought into the service of the king. They were trained in warfare and, since they had weapons in their hand, they were not really subordinate to the king, but were treated as equals. However, the only condition was that, they would not marry, and would live in service of the king. They were thus a private army, fiercely loyal, with no ties to any other family or land. They were mobile ready to travel with the king, and share in his bounty and fortune. This distinguished them from Hindu kings, whose army was made of people who had family-based and land-based loyalties, who were therefore not mobile, and the loyalty was torn between the king and their clan.

Turkish kings focused on raids at first (from 700 AD to 1200 AD). Thereafter, they settled in India. But land was not given. It was leased temporarily and the harvest given as salary. The ‘slaves’ used the harvest to raise army who were at the service of the sultan. The land was not ‘hereditary’. The land always belonged to the king, unlike Hindu kingdoms, where land could belong to various families of chieftains, also to temples and brahmins, who were given ‘copper plate’ for perpetuity, indicated by the symbol sun and moon. One can say that the Turkish king had a professional army – and the soldiers were motivated to update their military skills, and were rewarded to be mobile and travel to different lands. They were motivated to upgrade their skills – learn new battle techniques, which Indian kings and their armies were not particular driven to.

The Hindu kings followed the system of varna-ashrama dharma that dispensed differential justice based on caste. The Muslim kings knew that their soldiers expected them to be fair and so the cornerstone of their practice was ‘justice and equality’. In Hindu courts, your caste decided how you were treated. In Muslim courts, all allegiance to clan and family was rejected on grounds of ‘slave’ system and Islamic system, where no human was higher or lower in the eyes of Allah.

The old Indian system was based on circular kings, on hereditary kingship, and justice based on dharmashastra that favoured landowners over landless service-providers. It was based on connection with the land and family relationship. Loyalty mattered, more than skill. The Turkish system had no kingship ties, no tribal affiliations, and who were free to migrate and settle in foreign unfamiliar lands. They were completely loyal to the Sultan, and there was no conflict with family loyalty. All that mattered was the king. And the king had to be just to his ‘slaves’, if he wanted to recruit talent that was key to his success.