How Trade Blossomed an Exchange of Ideas Between India and Arabia. 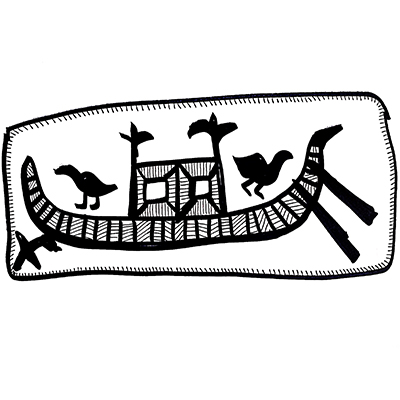 Indians had been trading with Arabs for a long time. About 4000 years ago, trade happened with Harappans by ships that travelled along the sea-coast. Birds were used to identify the direction of the shore if the ship went too far into the sea and lost sight of land. We know this from Harappan seals. Then 2000 years ago, the monsoon winds were discovered and Arab sailors took advantage of this wind to travel to India and beyond. They would arrive in summer and depart in winter when the winds change directions. The island of Socotra in Yemen, known for its treacherous coral reefs, inspired a goddess on the coast of Gujarat, Vahanavati, who protects sailors.

Then 1400 years ago, a great change took place in Arabia. A trader from the city of Mecca declared that the one true god, Allah in Arabic, had made his final messenger communicate the final laws to humanity. He became known as the Prophet Muhammad and forbade the pre-Islamic practices of worshipping many gods at many pilgrim spots. Everyone who submitted to Allah’s law had to pray five times a day facing Mecca and once in his life travel to Mecca and go around the ancient structure of Kaaba seven times in the counterclockwise direction, quite different from the clockwise direction considered sacred in Hinduism and Buddhism.

Mecca was close to Jeddah, a coastal city from where ships brought spices and textiles from India which were then transported on camels to the Mediterranean regions. In Arabic folklore, when Adam and Eve were cast out of Eden, they were separated. Adam fell near India and Eve, or Hawa as the Arabs referred to her, fell near Jeddah. The two finally met at Mecca. Women were powerful merchants in the Arabic world. Prophet’s first wife was one such merchant. The travelling over ship and on camel was done by the men. Sailors who travelled between Arabia and the eastern coast of India were often referred to in Kerala as Maplai, or sons-in-law. Perhaps these sailor-adventurers had wives in Arabia and in India, lands they visited in winter and in summer as directed by the monsoon winds. Through them India would have first heard the idea of a one true god, who does not have any image, and does not tolerate the worship of other gods, and whose words are communicated only in Arabic. Very different from the Indian idea of the divine that manifests locally in local forms and speaks local languages and is networked with other local manifestations of the divine, all enshrined in temples.

Exchange of goods also allowed exchange of ideas. Stories of the Panchatantra and the Jataka made their way to Arab lands, as did ideas such as zero and infinity that was unknown in the Western world until 10th Century AD. India was giving the world not just cotton textiles but also sugar from sugarcane. One of the stories that is found in the Arabic collection of tales is that of a merchant-hero called Sinbad who takes risks, has many adventures and becomes rich. Sinbad, the rich merchant, tells his story to inspire Sinbad, a poor porter, working in a dockyard. Trade was a way for everyone to become rich. Even if you have nothing, you have strength to trade. And, by trading, you can earn a fortune. Arabian Nights is full of stories of rags-to-riches, like how the poor Aladdin finds a lamp that fulfils three of his wishes. The Genie in the lamp is a Djinn of Arabic folklore who helped Solomon, known as Suleiman in Arabia, build grand cities of stone. In Islamic lore, Solomon was a messenger of Allah too, and he was wise beyond measure.

Such stories reached India too, where we find stories of a king called Vikramaditya who was wise, like Suleiman, had a magical throne like Suleiman and like Suleiman’s Djinns had a Vetala, a powerful ghost, who guided him in his rule. Stories of Raja Vikramaditya draw attention to the idea of a king being brave, generous and wise. Brave enough to take risks, go on raiding and trading missions, and return with treasures; generous enough to distribute the wealth he acquired; and wise enough to settle disputes between people fairly. These were qualities of Suleiman Sultan of Arabia too. These stories spread across the Middle Eastern world, especially in Baghdad in Mesopotamia, where Arabic and Persian cultures amalgamated to create a rich trading network rivalling the old networks during the Roman Era, and before that in the Bronze Age.

Islam was the religion of traders, who were also warriors as their caravans were constantly attacked by raiders. Merchants finally realised that instead of fighting they could hire mercenaries. This gave rise to the Mamuluk, slave-warriors. Young men from Eurasia would be turned into slaves and sold to merchants across Egypt, Levant, Mesopotamia, Persia and Central Asia. In exchange for food, clothing and shelter, they would fight fiercely in battle, protecting caravans and trade routes. Thus began the concept of a military labour market that would eventually become popular in India too, especially after the attack of Timur in the 14th century.

Farmers would turn into mercenary soldiers between harvests, and would stay true to their wives by embracing the way of a jogi. This gave rise to the baramasa songs, where women express their yearning for husbands who call jogiya, who has gone to a faraway land to earn a living, much as Arab cultures were famous for love-songs full of yearning that eventually inspired mystical poetries of the Sufi saints longing to unite with God.