How to Conduct a Same-sex Wedding Based on Indian Rituals 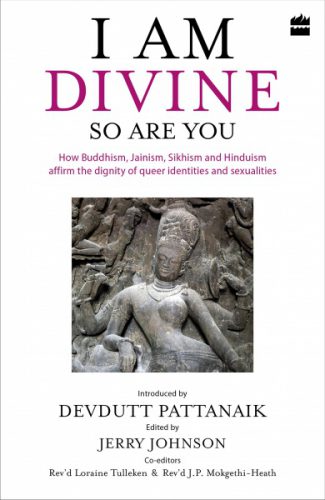 Published on 23rd January, 2018, on harperbroadcast.com .

(Please note: These rituals cannot be considered as sanctioned by any religious authority. Also, same-sex relationships are not recognised by the state of India. Hence, conducting this ritual neither implies religious endorsement nor legal sanction.)

A wedding (vivah) in Hinduism is a rite of passage (samskara) that transforms a single entity into one half of a conjugal pair (dampatya). Being single, however, does not mean being incomplete. The idea of ‘wholeness’ in Hinduism is not necessarily a matter of the union of two bodies in marriage or even two souls in love; rather, wholeness or completeness in Hinduism can be understood as rising to the fullness of one’s true self and expanding the arena of one’s selfhood (brah — to expand, manas — the mind). Thus, even Krishna, visualised in a gentle, demure form with plaited hair and standing in a feminine pose, is considered the ‘Complete Man’ (purna purush).

Hindu scriptures have no standard ceremony for marriages. There are different types of marriages described in ancient texts — from a bride being given away by her father (Prajapati vivah) to a woman and man marrying in the presence of the natural elements with mutual consent (Gandharva vivah), to purchasing a bride (Asura vivah).

The rituals vary in different regions of India, and are different for different communities. These can be customised for a same-sex wedding.

This ritual establishes that marriage is not only a union of individuals but also of families.

Elders accept the gifts and the proposal of marriage from the visiting family.

In a typical heterosexual marriage, the groom’s family asks for the bride’s hand in marriage and the bride is offered by her family to the groom. In a same-sex marriage, steps 1 and 2 will need to be repeated with a reversal of roles. These steps can be carried out with as much customisation and celebration as desired.

The bride/groom bathe in fragrant water infused with the scents of flowers and wear clothes provided by the spouse’s family.

Step 5: Invitation to the gods and guests (devata avahana).

On the wedding day, guests and gods are invited to gather around the sacred altar where the wedding ritual around the sacred fire will take place. Families can bring along images or statues of their personal deities to the ceremony. Lamps are lit and flowers offered before the images of the personal deities of the families. If there are no deities, the lamp can be lit as representative of divinity. Guests are offered garlands of flowers (marigold and rose) and sprinkled with perfumes or fragrant water.

Step 6: The arrival of the bride/groom (vara preksha).

The brides/grooms arrive separately at the ceremonial altar with their friends and family. They are presented to each other, but their faces are covered with their hands; alternatively, a large leaf or a cloth is held between the brides/grooms as they face each other. Gradually, their faces are uncovered and they are asked to see each other for the first time on this day. Conch shells, bells and music are played to celebrate the unveiling.

(Chanting) This is a sacred symbol of my being. I give this to you, O auspicious one. May you and I live happily for a hundred years.

(Chanting) This is a sacred symbol of my being. I give this to you, O auspicious one. May you and I live happily for a hundred years.

The wedding couple now sit beside each other facing the sacred fire. The bride/groom extends his or her right palm to receive the right palm of the spouse. Elders and parents place flowers on the palm of the spouse that is held by the bride/ groom. The flower is then offered to the gods symbolically by dropping the flowers before the images of the deities. If deities are not present, the flower can be placed in front of the lit lamp or at the altar of the sacred fire. This process is repeated with roles reversed.

The bride/groom who is seated on the right wraps her/his left hand over the shoulder of the spouse in such a manner as to place his/her palm over the heart of the spouse. While doing this, the bride/groom says, ‘Grant me space in your heart forever.’ This is repeated with the roles reversed.

Step 12: Feeding each other (anna prashana).

The brides/grooms are offered sweets and delicacies, which they feed each other.

The couple then take seven steps ahead together.

(Chanting) By walking seven steps, let us pledge each other:

Step 15: Bowing to the elders (pitru-ashirwad).

The couple return to their positions and, in unison, turn to each other’s elders and take a bow.

The wedding ceremony is now complete.

(Excerpted from I Am Divine, So Are You: How Buddhism, Jainism, Sikhism and Hinduism Affirm the Dignity of Queer Identities and Sexualities, with an introduction by Devdutt Pattanaik. The anthology is edited by Jerry Johnson and co-editors Rev’d Loraine Tulleken and Rev’D J.P. Mokgethi-Heath. The book is now available in all bookstores.)