How technology has turned the State into an all-powerful God 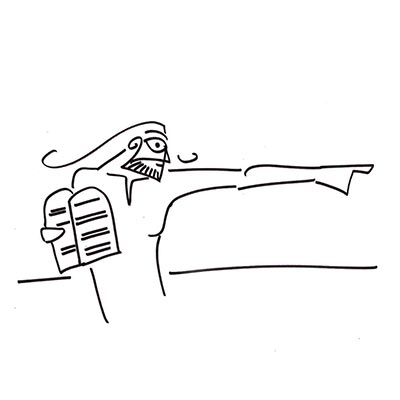 The modern nation-state is firmly rooted in Abrahamic mythology as the idea of the modern nation-state emerged in Europe and America where most intellectuals had either Jewish or Christian roots. So you have the all-powerful God (the state), the commandment (the Constitution), and the prophet (the prime minister) who is supposed to lead the enslaved people to the Promised Land of development, prosperity and peace. The prophet’s power is supposed to be regulated by God’s archangels (opposition, bureaucracy, judiciary, army, media). The only difference between Abrahamic religions and nation-state structure is that God is a supernatural entity established by faith in the former, while the state is an artificial structure established through reason in the latter.

God in Jewish mythology is jealous. God becomes all-powerful and all-knowing much later, in Christian mythology, when Greek intellectuals 1500 years ago reframed God of Abraham along lines of Zeus, father and king of Greek gods. However, this all-knowing God and his power was questioned 500 years ago, following the scientific revolution. As a result kings could no longer claim legitimacy from a supernatural source. Faith was replaced by reason and a new ‘rational’ God was constructed — the state!

This God’s power came from the people. Its will was realised through the representational democratic process and enshrined as the constitution. After World War II, when colonial empires perished, freedom fighters carved the whole world into nation-states. Here, old tribalism transformed into patriotism. In the last hundred years, the world has seen the rise of 190+ countries, each with its own God and its own commandment, its own prophet and its own archangels. Each of these states has numerous internal fights on what God’s will should be, and if he does see all citizens equally, or favours some over others.

Even the most avowedly atheist Marxist looks at the state as a stand-in for God (they will be horrified at the suggestion, though). This state born of ‘human reason’ is supposed to do what God of irrational believers could never do: regulate human behaviour, make people good through policies and taxation that would ensure there is fair distribution of wealth and power and a fair access to opportunities. This state-God was given the power to decide who will get access to the tribe’s resources and who will not. This state-God was given the power to kill people legitimately.

However, when the state-God blocks access to how it functions on grounds of security (derailment and curtailment of Right to Information Act), and when the state-God allows political parties the right to keep the source of their political funding secret, one starts to doubt the intentions of this ‘God’ . We realize the state-God wants to know everything about you, but you are not allowed to know anything about the state-God. By withholding information about itself the state-God becomes more mysterious, and so more powerful, even dangerous. Insecurity heightens when we realise this ‘God’ has favourites and its ‘archangels’ have become friends with the ‘prophet’.

Meanwhile, attempts to create a global village are facing a huge challenge. A global village needs to have a single value system — human rights! Giant corporations like Apple, Amazon, Facebook and Google are attempting to homogenize the world with their closed operating systems and firewalled algorithms. But they are answerable to many nation-state-tribes and ambitious ‘prophets’ who do not necessarily share the same values, even though each one argues it is rational and secular. Who will they eventually serve? And who will be the one true God of the global village? Will one nation-state-tribe dominate? Or will there be tribal war to establish the all-powerful all-knowing rational, secular and just God?