How India lost its rich maritime tradition to Europeans 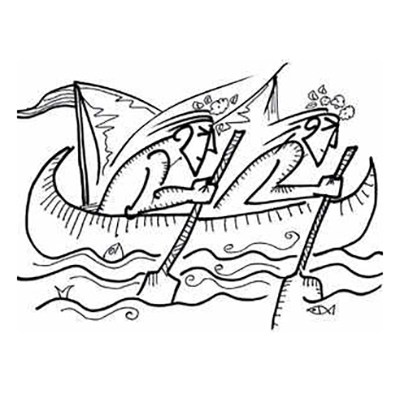 Sea travel is mentioned in the Buddhist Jataka tales but not in the great epics Ramayana and Mahabharata, perhaps because the former was patronised by mercantile communities (vaishyas) and the latter by landed gentry (kshatriyas).

Sailors from India travelled along the monsoon winds to Southeast Asia and to Arab countries to trade on fabrics and spices in exchange for gold. We do know that Indian sea trade was widespread even during the Harappan Era. The sea was used to trade with the Arab coast. India was then known as Meluha.

2000­-year ­old Tamil literature refers to merchants who travelled far and wide and brought back great riches including Roman coins, Roman wine and even Roman women. In Southeast Asia, sea merchants travelled to countries like Indonesia, Cambodia and Vietnam. They carried with them not just trading goods, but stories, which is why in these regions we find the retelling of the great epics, Ramayana and the Mahabharata.

Along the sea coasts of India and South­East Asia, one finds shadow-puppetry, telling the stories of Ramayana and Mahabharata. These were supposed to have been invented on ships, sailing to Southeast Asia, with the light of the flames, casting shadows on the sails of the ships.

Hero stones found in Goa dating between 10th and 11th centuries do show sea­faring boats. But in the grand temples of the South, boats are conspicuous by their absence, even though the Chola kings had a great navy. One does see images of kings and gods taking boat rides in the terracotta temples of Bishnupur in Bengal dating 17th century; but most of these boats are usually on ponds and rivers and lagoons, not the kind of great boats that travel across the sea.

In Gujarat, near Khambat, we hear of Vahanvati Sikotar Mata also known as Harsiddhi Mata, a goddess who protects sailors from shipwrecks. In Odisha, there is the famous folktale of Topoi whose seven brothers sailed to Bali for business. Baliyatra in Odisha involves floating toy boats in temple ponds, to remind people of the great sea­faring merchants of Odisha.

Thus, we do see a coastal maritime tradition both in the eastern and western regions of India. However, the traditions changed about a thousand years ago. The sailing, which was done by Indian merchants, was outsourced to the Arabs.

There were many reasons attributed to why India’s maritime trade declined. One reason was the tension between the Brahmins and the Buddhists. The sea traders patronised Buddhism and the Brahmins patronised the feudal land owners, the Kshatriyas who controlled the ‘kshetra’ or land. In every culture there has been tension between the landowning rich and the trading rich.

Over time a belief spread that when you cross the sea, you lose caste. Once the idea became popular, people avoided travelling over water, which, in turn, led to the decline of Indians travelling over the sea; they restricted their trading activities to the ports; communities in Kerala and Gujarat that insisted on travelling converted to Islam and forged marital relations with Arabs.

This also led to the decline of Hinduism spreading in South East Asia. Buddhists who had already migrated to Cambodia and Vietnam, created monasteries and taught local people Buddhism. Therefore, Buddhism thrived, in those countries.

Hinduism failed to flourish as Hindu priesthood was based on bloodline and castes, and since people could not travel across the sea or take their brides, across the sea, the Hindu tradition gradually waned.

This idea of people, travelling across the sea, becoming “polluted” and the taking away of caste came to be known as Kalapani. We know that even during World War I, soldiers who were sent by the British to fight in other parts of the world and returned home thereafter, faced great discrimination in their villages.

The one community that continued with shipping was the Chettiar community of Tamil Nadu. The Chettiars did travel, right from the time of Chola kings, establishing temples as far as China. The Chettiar community, it is said, worshipped Murugan, in his celibate form. Young sailor boys were told to maintain celibacy, when they travelled across the sea and only marry women of the community, otherwise they risked excommunication.

That the Chettiar community knew how to manage culture in the pursuit of economics is perhaps the reason of their business success.