How fares the King? 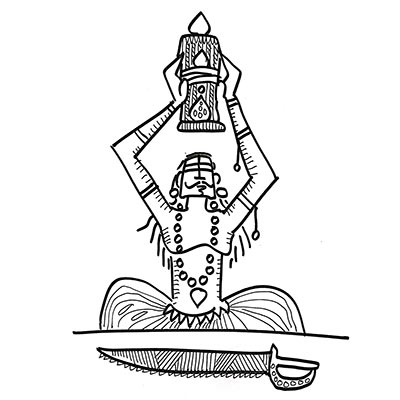 The Bible is one of the most influential books in management. Themes from Abrahamic mythology shape much of modern management, not surprisingly since most modern management theories do come from men of Euro-American descent. Our notion of the CEO is very much like the prophet, who leads his followers to the Promised Land. The prophet is not the master; he is at best the steward. He communicates the word of God, and ensures the word of God is respected. He is also subject to the will of God. He too can be punished by God.

And so we hear of how Moses, who led people to the Promised Land, was not allowed to enter the land because he broke one of the sacred commandments. He used his staff and released water from a rock to save his thirsty followers, rather than waiting for God, displaying a lack of faith in God. Later, King David, who is chosen to lead the people of Israel by God himself, is unable to build a Temple for God because he breaks another sacred commandment and has an adulterous relationship with Bathsheba, the wife of a soldier.

The entire management system is based on judgment. Judgment is based on measurement, hence the obsession with score cards, and audits. If you perform, you are good. If you don’t perform, you are not good. And so there is constant performance anxiety. The CEO is as much subject to it as are other members of the management. Those downstream would like to believe that the one of top is all-powerful, but it is never so. He is answerable to God, the Board.

A lot depends on the CEO’s personality as much as the nature of relationship with the Board. Every CEO brings with him a new way of thinking and so new ways of functioning. A key criterion, that is difficult to measure, is to figure out how he negotiates with the old power structure, both upstream and downstream and establishes his own authority. Is he patient, understanding what was already there, before introducing changes? Or is he, like many young Turks tend to be, eager to change everything from Day One?

Another factor that Boards need to consider about a CEO is whether he is an insider or outsider, has he grown from the ranks or has been brought from the outside. If from the inside, then he has to deal with relationships he is already familiar with. If from outside, he has to deal with hostility, for clearly the Board thinks the existing management is not good enough to lead.

Most damaging to organizations is the trend of contract CEOs who are appointed for 3-5 years, who are focused only on getting their bonus and not interested in creating a long-lasting institution or steering the institute as per market need. They have hardly any time to appreciate the context of the organizations they function in, or the nuances of the business, and function as cogs in a well-oiled machinery where they are seen not as people so much as set of skills. They spend the first year throwing out the old, the second and third year getting the numbers, leaving a mess behind for the next contract CEO to deal with.

One thing that the Board often overlooks is to check if the CEO is creating a personality cult or building an institution. Many great leaders are often Banyan Trees, who do not let anyone else grow under them. They hire mediocre people and so create an ecosystem of mediocrity, which listens and obeys. They do everything in their power to kick out talent so that they are never threatened. They do not focus on developing a talent pipeline. At best, they give it lip service. Usually such CEOs make the Board dependent on them and so the Board cannot kick them out or punish them as God can.

This article is also listed under Applied Mythology, Business