How Do We Know What’s History, Myth or Legend? 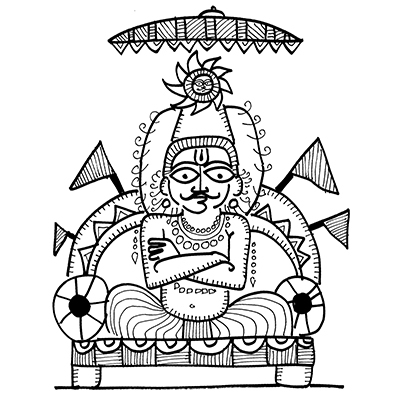 The Brihaddevata is a Vedic text full of such ‘itihasa’, where rishis reveal how a mantra enabled them to summon a god. This was different from Puranic stories about Brahma, Vishnu and Shiva that were not witnessed by humans.

Today, all these can be classified as mythology — as they are beliefs about the past. Some prefer classifying ‘itihasa’ as legend. They cannot be classified as history as history today has a very specific meaning. It has to be based on evidence, not faith.

When someone insists mythology is history, you know he has a colonised mind. The idea that mythology is proto-history or history before history was popularised by Europeans of the 19th Century. They championed the cause of reason over faith, and derived their ideas from an ancient Greek philosopher called Euhemerus, who insisted that gods were actually great men who were deified.

When Europe became Christian, people insisted that the characters in the Old Testament such as Enoch and Noah were historical figures. Events in the Bible were also historical fact, including the Fall, the Flood, the parting of the sea, and virgin births. When Islam spread to India, writers like Sayed Sultan in 17th century wrote the story of prophets in Bengali, presenting them as historical figures. In the list he included Krishna as an older prophet whose ideas needed replacing, thereby justifying conversion to Islam.

Pioneers of this school in India were Jain writers who lived 1,500 years ago and insisted that Hanuman was not a monkey and Ravana was no ten-headed demon. They were both ‘Vidyadharas’.

Hanuman carried a flag with a monkey emblem and Ravana had a necklace of mirrors that reflected his face ten times. The Jain writers were mocking Hindu writers for misinterpreting facts. The very same writers insisted that Jain stories of rebirth were facts, not metaphors.

The formal separation of mythology and history based on evidence only started about 150 years ago when evidence was sought to justify a historical claim. For example, universities in England claimed to have received a charter from King Arthur. But we now know that Arthur is a fictional character. There is no historical evidence of his existence.

Historians used to classify tales not based on evidence as fiction. But now, realising the political power of these stories, they use words like imaginaire, social construct, ideology. The word myth is avoided as it makes many people angry, especially those who keep to see myth and legend as history, evidence notwithstanding. Such people often discredit historians with political support.

Myths and legends are not based on fact, but they are different. Myths usually deal with origin and end of the world, hence are more spiritual. Legends are more political — they justify legitimising a community or their claim over a property or practice.

So stories of kings being visited by gods who give them magical swords are legends, as they justify royal claims, and make kingship ‘real’. Myths are more metaphorical, explaining our role in the world.

For example, Christian myth insists humans carry the sin of Adam and Eve, or Islamic myth insists all humans made a contract to follow God’s law even before history. By contrast, a Chirstian legend will speak of how a king had a vision of Jesus or Mary, or an Islamic legend will speak of how a pir from Mecca travelled to Bengal on a flying camel or carpet to rescue locals from unIslamic rulers.

When the British started writing Indian history, they classified Purana as mythology but were not sure how to classify Ramayana and Mahabharata. They could be King David or King Solomon and many Muslim kings and noblemen insisted they descended from the Prophet’s family.

Kingship is not a fact. It is a belief. This belief is based on the connection of kings to gods. If you don’t believe in gods, you don’t believe a king is special, with the right to power over land and people. Naturally kings resist science and rationality. They hate history which will prove their ancestors were humans, not special creatures who were blessed by heavenly beings.

But today, people value science and history more than beliefs. We look for facts. But then we realise that cultural concepts such as property, lineage and even nationstate are all social constructs. These social constructs need legends to justify their existence.