How can a Medical Doctor be a Mythologist? 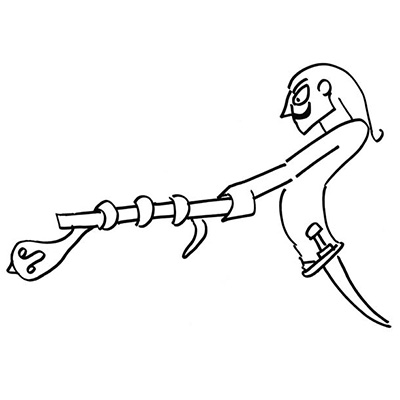 I am often asked the question why as someone who studied medicine would I be interested in mythology. That is like wondering why children at school are taught literature and music, not just science and maths. Somewhere in the 19th century, we divided knowledge into scientific knowledge and non-scientific knowledge, and the former was placed on a higher pedestal, as ‘real’ knowledge. It’s a rather silly idea that many people cling to even today.

To me personally science is a process of thinking based on observation, measurement, experimentation and reproducibility. This works very well when dealing with material things. Not so well when the mind comes into the picture. Uncertainty and complexity seems to increase when we move from the realm of physics and chemistry to the realm of biology to the realm of psychology. Not that physics is an exact science; scientific knowledge is always provisional, based on current state of measurement and data available. New data can upset the current understanding of the world. So all knowledge remains uncertain, restricted by assumed standard conditions and contexts. Few people understand this provisional nature of science and assume science to be absolute, objective, ontological, a replacement for religion. That is the root cause of the tension between scientific and non-scientific knowledge in society.

In the 19th century, as science and technology emanated from Europe and gave Europeans a distinct advantage over the rest of the world, the Church felt extremely threatened. For suddenly, there was no doubt that the world could not have been created in seven days, and the earth was neither flat nor the centre of the world, and the world was not a fixed locked unit, like a clock; it was constantly expanding towards infinity, and would eventually start imploding onto itself. Suddenly the certainty of the Bible was in doubt. Christian missionaries had accompanied colonisers to justify colonisation on religious ground: replace the false gods and the heretic faiths with the one true God and faith of Christianity. This was the age when polytheism was seen as false, hence mythology, and monotheism was seen as true, hence religion. This artificial divide still continues in the world with people equating Hinduism with mythology and Christianity with religion. That is why many Hindus get upset when I use the world mythologist to describe myself. They assume I am talking only about Hinduism that I consider myth. This is a hangover of 19th century anxiety.

In the 20th century, science and technology became such a major force that it was clear that monotheism was as much a myth as polytheism. God, one or many, could not be observed or measured; they could not be ‘real’ therefore, hence they had to be ‘myth’. Faith in god was faith in myth. Religions were myth. But what about Buddhism, or Jainism, where there is no concept of God, and so are essentially atheistic? Buddhism acknowledges rebirth in the Jataka tales, and Jainism speaks of soul. Neither rebirth nor soul can be observed, measured, tested or reproduced. There is no scientific basis to them. But does that make it false knowledge?

False knowledge sounds suspiciously like false gods. The tone used by some rather shrill scientists or science fans, such as Richard Dawkins or Neil Degrasse Tyson, is suspiciously like Chirstian evangelists telling people to let go of false belief and embrace true belief. Structurally, they are treating science as a religion. They ask you to ‘believe’ in science, as missionaries ask you to ‘believe’ in God. They mock ‘false knowledge’ as missionaries once mocked ‘false gods’. They demonize, dehumanize, villainize, everyone who does not agree with their mode of thinking. I feel this is the result of science being nurtured in Europe where Christianity thrived. This combative and militant approach would not have been present if science had thrived in India where Jains spoke of anekanta-vada or doctrine of multiplicity, or Buddhists spoke of nicca, or transience, hence comfort with uncertainty, and Hindus spoke of mithya, limited truth as opposed to satya, which is limitless truth.

Un-scientific knowledge is not false knowledge. Every scientist knows that there is a range of ‘science’ amongst various scientific disciplines. Hard science such as physics and chemistry and biology is far more based on measurement than social sciences, which are highly interpretative. Theoretical physics borders on poetry sometimes. Not all aspects of psychology can be measured. History often relies on storytelling to join the dots between the various measurable data points. Evolutionary biology too. Measuring the mind remains elusive. Then there is the hard problem of consciousness: the measuring of the inner experience, of subjectivity. And where do we locate ‘concepts’ such as infinity, which helps us solve scientific problems but are essentially imaginary.

Just as infinity is not measurable, but helps in measurement, ideas such as justice and God and equality are mythic, but they help shape society. In the 19th century myth meant false knowledge. But in the 21st century myth refers to believed knowledge, subjective truth, faith in an idea, an assumption that a community considers true enough to transmit over generations using stories, symbols and rituals. These myths are somebody’s truth unlike fiction which is nobody’s truth and fact that is everybody’s truth. I find this functional definition very useful and practical.

A scientist will consider homoeopathy to be unscientific. Even ayurveda’s scientific roots are challenged by many. Yet, for many people, homeopathy and ayurveda solves many problems. I suffered from allergic rhinitis and acidity for years. As a medical doctor, I relied heavily on antihistamines and antacids. But I knew they were not permanent cures. Then, I met a homeopath and an ayurvedic doctor, and in one year, I was cured of both conditions. The hardnosed ‘evangelical’ scientist will call this placebo effect. The fact is I no longer suffer as I did. I know that this was not just psychology at work; I am still as stressed as I was then. But I cannot prove using measuring instruments how the process worked. Something worked. Where do we locate that experience? In truth, in falsehood, or somewhere in the realm of ‘we don’t know yet’. I think a good scientist will put it in the third basket, rather than being contemptuous and dismissive as missionaries once were of what they called false gods.

Knowledge is power. And custodians of knowledge are powerful. By turning all knowledge that cannot be measured or proven using scientific principles into falsehood, scientists risk turning into power-brokers. It strips them of humility and curiosity. It makes them fools in the eyes of people who are smart enough to differentiate between evidence-based knowledge and faith-based knowledge. It makes them villains in the eyes of not-so-smart people whose self-worth and self-esteem is dependent on faith-based knowledge. These not-so-smart people yearn for dignity that the scientist refuses to give, behaving almost like a witness-martyr of Abrahamic mythologies, who refuses to make room for false gods, and are willing to die for their beliefs. In the resulting power struggle and violence, we find the most unscientific of papers violently intruding into Science Congresses by the strength of political power.

This has nothing to do with the pursuit of science. This has everything to do with the importance of power in society, and the wisdom of knowing how science plays a key role in arbitrating and regulating power in society, through various economic and political channels. Insurance companies for example rely on scientific data for their actuary process. Catholic Church uses its power to deny people access to scientifically proven treatments. Government recognition is denied to healing arts that are ancient, popular, traditional, but fail to fit into the scientific paradigm. We cannot deny that science does not exist in a vacuum. It is an ingredient of society where myth, hence faith, plays an important role.

Trained in medicine, I knew the power of science. I also knew the power of faith and suggestion. I knew how little control doctors actually have on the healing process despite the best of medicines. I knew how crucial end-of-life decisions had so little to do with science, and so much to do with social norms, and personal belief in gods and demons and afterlife. I realise the place of both modern evidence-based medicine and mythology in people’s lives. I also realise the place of many other forms of healing that are based on faith, on non-measurable, even unscientific, principles which work for some people, but not for others. I realise in a diverse world, there will never be one God, one ideology, one ‘science’ or one myth.

The binary of true/false gods that comes to us from Abrahamic mythologies, that thrived in Europe and now thrives in America, dominates the world of science. It turns scientists into some kind of keepers of a ‘true’ religion who have to constantly fight the monsters of false ideas. This combative approach is totally unsuitable for science. It strips science of wisdom. Instead I feel, we should encourage scientists to adopt the Indian mythic paradigm of limited knowledge (mithya) versus limitless knowledge (satya), which is far more scientific. It acknowledges that no one can know everything in this world that is dynamic and diverse. Our knowledge based on the scientific method, or based on faith-based methods, will always be limited.