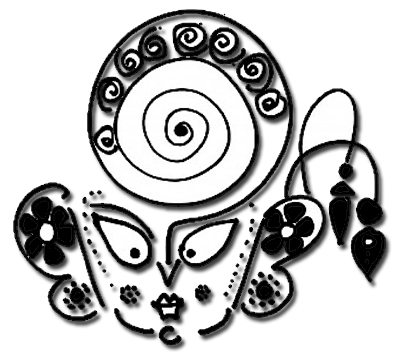 In India, until the arrival of Islam, everyone believed that time is circular, that we live infinite lives and we live the same life infinite times. With Islam came the notion of Qayamat, the final Day of Judgment when history ends. This was very different from the notion of pralaya, cosmic dissolution, which is essentially death of universe before rebirth. In the view of time according to Hinduism, Buddhism or Jainism, there is no beginning, no end, just an never-ending merry-go-round.

The greatest victim of science was the linear religions of the West. Evidence based study of history revealed something that shocked the establishment. Subjects like archeology revealed cultures much older than what was referred to in the Bible. In the 17th century, for example, an Irish Archbishop called James Ussher, based on literal reading of the Bible concluded the world began on October 23, Sunday, 4004 BC. Later writers said it happened at 9 am precisely. So naturally, the idea that there were people roaming around the world and painting on cave walls at least 10,000 years earlier did not go down well with the religious-minded. Further, subjects like paleontology or study of fossils revealed that humans had evolved from animals. Darwin’s idea that we descended from apes made him a heretic in the eyes of the establishment. Even today many reject this as ‘myth’ and insist that the theory of evolution is a hoax and that the world was created in six days by God as described in the Genesis.

The Europeans started the formal education system in India. Here history and science was taught. The Orientalists dismissed Indian notions of time as ‘myth’. European and Indian archeologists discovered the Indus valley civilization and Ashoka (until then known only in Buddhist legend) and established the history of India. However, it must be remembered, that it is only after 1950 that most Indian schools taught this Indian history. Until then most Indians were taught European history.

While Indians bonded over Ramayan and Mahabharata, the European rulers and later Indian administrators, gave greater value to Ashoka and Indus Valley. This led to many freedom fighters arguing that Ramayan and Mahabharata is actually history. If the Exodus was historical fact, so was the war at Kurukshetra! Traditionally, Ayodhya was a sacred idea, a thought that uplifted the human mind. The Europeans demanded that it be located in history and geography to be true. So like fundamentalist Christians in Europe demanding a ban on the study of evolution, fundamentalist Hindus in India started demanding that Ramayan and Mahabharat be taught as part of history.

European science started exploring psychology only in the 18th century, and realized there is more to the mind than what religious authorities and ancient philosophers spoke of. Thanks to the works of Freud and Jung in the 20th century, another branch called psycho-analysis came forth with studies on stories and dreams, which greatly valued epics and stories. These hitherto non-existent subjects provided frameworks that gave Ramayan and Mahabharata new meaning. Maybe it was not about history at all, but about psychology. Ancient Indians were perhaps were not so much interested in mundane political events as much in psychological matters that shaped human history. But this never made it to Indian textbooks.

In the 20th century, Einstein’s theory of relatively shook the certainty of science. There was more to time and space that anyone thought before. Both could be folded. Big Bang and Big Bust were perhaps events in one reality. Other realities could exist, said theoretical physicists as they wrote about quantum mechanics and string theory. Maybe the idea of time as a cycle and a wave was not bizarre after all. So what the 17th century European mocked, the 20th century European-American admired.

Postmodern studies in literature and philosophy since the 1970s have revealed the bias embedded in the ‘scientific’ templates. Myth is now defined as belief or subjective truth, the lens through which even the most scientific of scientists sees the world. American universities are slowly getting comfortable referring to biblical mythology; but Indians continue to get upset with the reference to Ramayan and Mahabharat as Hindu mythology. We cling to old 19th century writings of Orientalists, long dismissed by modern academicians. This is perhaps the reason why no Government dares open an Indian Institute of Mythology. There will be riots. We are victims of a colonial hangover. We are still trying to defend and apologize to our former masters.

Even today Indians bear the burden of making Ramayan and Mahabharata historical and scientific. They point to archeological sites in Dwarka. They still feel they are answerable to the West. They have to ‘prove’ the existence of Ram and Krishna in scientific terms in order to justify their faith. Like Christian fanatics who search for Noah’s Ark in the Middle Eastern deserts, they claim historical sites mentioned in the epic. They have bought into the scientific template of former colonizers, without realizing the West itself has long rejected this scientific template.

Linear religions, which have a start and a finish, need history. Cyclical religions, like the ones that thrived in India, seek to outgrow history. History is seen as delusion, a foolhardy attempt of man to define and limit time in ancient Indian philosophies. Science is unsure if time is linear or cyclical, if there is one world or multiple coexisting realities. It is still work-in-progress.