Hinduism thrives on diversity, Hindutva on monotheism of Abrahamic faiths 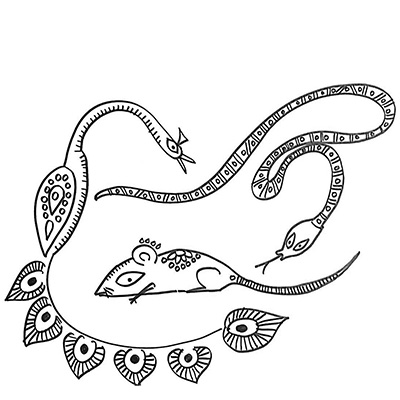 Hindus are at odds with the world in terms of its underlying mythic structure. By contrast, Hindutva is very much aligned to the dominant global discourse. We realise this if we meditate on two myths: the myth of equality and the myth of the wound.

Myth here does not mean fantasy, a 19th century misunderstanding that continues among those who prefer binary thought and cannot handle nuance. It means the subjective truth of a community shaped by inherited stories, symbols and rituals.

In nature, there is diversity. There is also equality in the sense that no creature is nature’s favourite. Every living organism has to fight for its survival using its strengths and overcoming its weaknesses to find opportunities and fend off threats. The cultural idea of equality is very different: it is the myth that shapes the Abrahamic faiths.

The God of Abrahamic faiths loves all his followers equally; he is a jealous god who does not tolerate other gods. There is no one high or low in god’s eyes. In his world, any attempt to highlight difference, hence uniqueness, is viewed as vanity and chauvinism. No one is better as god has no favourites. Hierarchy in god’s world is the work of the devil. This is why Abrahamic faiths seek uniformity in belief and practice and are highly intolerant of deviations, constantly yearning for the homogeneity of a single truth.

Hinduism is very different. It thrives on diversity. Every community is seen as unique, with its own gods, its own vocation and its own beliefs and practices. As between trees and animals in the forest, there is tension between communities as they compete for resources, resulting in fluid hierarchy. Some communities, hence some gods, become more important than others, but not forever. There is always someone centre stage, someone at the periphery, but it is dynamic. Diversity breeds hierarchy, but when it becomes stagnant, it institutionalises inequality. So it is that Hinduism is full of diverse communities, with thousands of jatis vying for power, that everyone tries to force-fit into a theoretical Vedic four-fold varna system. Equality here comes from the doctrine of atma, or soul, which is resident (dehi) within the body (deha), which in turn is established in a dynamic diverse society.

Contemporary humanistic doctrine of the global village, with its doctrine of human rights, is derived from Abrahamic faiths, except that god is replaced by state, and faith is replaced by patriotism. A good constitution is a set of commandments that looks at all citizens equally and grants them equal rights and equal access to resources. This doctrine of equal rights does not know how to deal with diversity: hence the current global crisis. For how does a state that grants equality to all its citizens accommodate religions whose god does not allow them to treat women as equal to men, or whose culture has never treated homosexuals on par with heterosexuals? How does such a state accommodate tribes that will not let their women marry outside the tribe, or men change their faith? How does such a state accommodate castes that declare other castes as impure and unworthy of human dignity?

‘The Idea of India’ was designed around the doctrine of equality. While India has long struggled with its diversity, developed nations are only now facing the challenge as they face an influx of immigrants, a slowing economy and widespread discomfort with the homogeneity heralded by the doctrine of equal rights and social justice. It is but natural that the Idea of India, as well as most nation states, populated by followers of Abrahamic faiths, will be at odds with Hinduism’s alleged comfort with caste, diversity and hierarchy.

Myth of the Wound.

In the beginning, the world was perfect. Then came the wound. Followed by the healing. This is the dominant myth of Abrahamic faiths. The perfect world is Eden. Disobedience of god’s law results in a rupture of humanity’s relationship with him, hence the wound. Prophets help humanity heal the wound. In a more dramatic retelling, humans are not held responsible for disobeying god. They are victims, enchanted by the devil. The prophet then transforms into the saviour, who fights the devil-dragon, like a knight in shining armour, and rescues humanity, the damsel in distress.

This myth of the wound, and the resulting saviour complex determines much of the modern global discourse. Exile and Holocaust are the wound of Judaism. Death of Ali is the wound of Shia Islam. The end of the Caliphate is the wound of jihadi Islamism. Caste is the wound of Dalit activism. Patriarchy is the wound of feminism. Poverty is the wound of Communism, and Capitalism. ‘Century of humiliation’ is the wound of China. All these worldviews are propelled by the notion of loss, injustice and a determination to remember. They see forgetfulness as the greatest tragedy, as do many 20th century intellectuals who therefore feel it is the duty of writers and poets and artists to ensure we ‘never forget’ the many tragedies of the world so that we are morally compelled towards social justice like the enslaved tribes following the messiah towards the freedom and dignity offered by the biblical Promised Land.

Hindutva is all about a wound. It will ‘never forget’ the humiliation of the Hindus and the breakdown of Indic civilisation, that began a thousand years of ‘slavery’, at the hands of invaders, first the Muslims, then Christian missionaries and finally the British. Modern academicians, the intellectual elite of India, will reject this narrative as fascist propaganda, but that is true of all ‘wounds’. Every politician knows that a culture’s obsessive, strategic and manipulative attachment to an event successfully drives social behaviour, rationality notwithstanding.

This wound-based mythic structure is totally at odds with Hinduism where Shiva is smara-antaka, the destroyer of memories. He who seeks mukti, liberation from the cycle of rebirths; he who seeks sad-chitta-ananda, the fetterless tranquility of wisdom, needs to learn to ‘let go’.

A Hindu is exposed to two contradictory ideas from childhood. First is the myth of tyaga, or letting go of all wounds, that are viewed essentially as delusions (maya). Second is the myth of jati, or diverse caste identities, whereby he is bound to obligations, beliefs, practices as well as resources and privileges of his caste, and simultaneously made aware of the differences of obligations, beliefs, practices, resources and privileges of others castes. The myth of tyaga says that one must not be attached to anything, be it one’s social status, or to one’s desires, and so love all creatures equally, if one seeks liberation (mukti). The myth of jati either makes him the oppressor or the oppressed in the caste hierarchy of India.

hile the Hindu struggles with these two contradictory ideas, he also has to cope with being misunderstood by the Western academic, the Westernised Indian, and the Hindutvavadi.

The Western academic will insist that the doctrine of tyaga is Hindu propaganda at best, which seeks to obscure the ‘reality’ of caste oppression. The Westernised Indian will insist that true Hinduism is all about tyaga, and that caste is a later-day corruption that needs to be purged through reform movements including ‘The Idea of India’ with its reservation policies and its secular value system. Both decide how a Hindu thinks or should behave. He will be boxed as ‘savarna’ if he speaks in favour of tyaga, and shows any comfort with his caste identity. If he is ‘low’ caste, he is expected to reject his caste, identify himself as ‘dalit’, a political neologism, and he must never ever be heard referring to Brahminical concepts such as tyaga, atma, or maya.

Additionally, adding to the mythic dissonance, the ‘wounded’ Hindutvavadi will also deny the feminine nature of Hinduism, further confounding the Hindu.

Hindutva is monotheistic in spirit, as it prefers to focus on one deity, Bharat Mata, the embodiment of the nation-state. Like all wives and mothers, she is chaste. But while we are aware of her children, the people of this land, we don’t know who her husband is. This seems odd as mother goddesses of the Hindu pantheon such as Saraswati, Lakshmi and Durga have colourful and volatile relationships with their consorts, be it Brahma, Vishnu or Shiva. Hindutva posters show Krishna without Radha, Ram without Sita, and Shiva without Parvati. Their discourses valorise celibacy of saffron-robed leaders such as the Shankaracharya, who they claim established the order of martial Nagas over a thousand years ago to protect the docile sadhus of India from foreign invaders, a claim that justifies the existence of Hindutva goons or ‘fringe groups’ as they are called. They will, however, ignore the legend where the same Shankara, on the advice of Mandana Mishra’s wife, Ubhaya Bharati, experienced sex through the body of King Amaru using his occult powers.

Hindutva rejection of the feminine, and of sensuality, resonates with Abrahamic myths where God is avowedly masculine, where his messengers are men, and where his son is conceived in a ‘virgin’ woman without sex, and where pleasure is reserved only for the afterlife, for those who live in their lives denying themselves pleasure. As in Abrahamic faiths, devotion in Hindutva is about obedience, discipline and submission to an institution (RSS, VHP, BJP) and nothing to do with love (shringara), or affection (madhurya) with the other (para-jiva) in the quest for the almighty (param-atma), which are hallmarks of Hindu bhakti. As the Hindutvavadis rave and rant against Valentine’s Day, public displays of affection, female agency and empowerment, and Hinduism’s erotic (kama) culture in general, one realises that like all overzealous saviours, they risk destroying the very thing they seek to save.