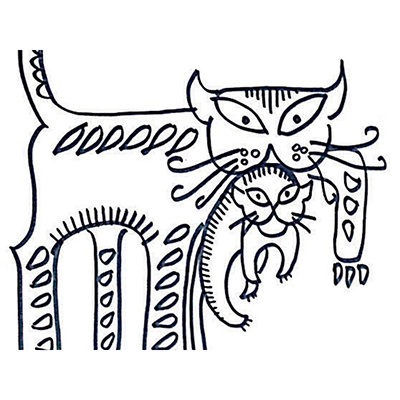 One of the things that you notice when you travel to countries like Australia and Singapore is the obsession with rules and regulations, and the rigorous implementation of systems. A car parked in the wrong place is immediately fined, not using seat belts in the backseat, is immediately fined.

The system is so strong that people live in constant fear of violating rules that result in an expensive fine. Consequently, we find a highly compliant society, where through discipline and rigorous implementation of rules, we have an organised society. It does not necessarily imply that the people are inherently compliant, it means they have been domesticated by a stringent application of rules.

In countries like India, it is almost impossible to implement such levels of compliance without having an extremely authoritarian regime, where the central command decides how everybody is supposed to live — the kind which exists in China today.

India, being a democratic country, is full of diversity and naturally, finds it difficult to achieve that level of compliance. In fact, a German expat once commented that getting people to work together, in an Indian office meeting, is like trying to herd cats, for nobody seems to respect time.

If we compare the eastern and western part of the world, we realise the value placed on discipline and compliance. Something that is missing in India. The Western world, which includes the Middle Eastern States, Europe and America, has implemented, over a thousand years, the practice of Abrahamic religions like Judaism, Christianity, and Islam. In all three religions, every devout person is expected to visit a place of worship, once a week, Friday in case of Muslims, Saturday in case of Jews and Sunday in case of Christians.

So, for a thousand years, people were expected to follow a particular rule. This creates a habit in people for following rules and thereby, the construction of a culture of compliance, in the Western world.

You find a similar attitude of celebration in the value of compliance in China, through the Confucian system which valued obedience. In it, the subject is considered virtuous, if he obeys the ruler, the woman is virtuous if she obeys the man, and the young are virtuous if they obey the elders. Thus, a system of clear hierarchy is established and one is celebrated for following the rules. Thus, culture becomes organised, domesticated, venerated and glamorized.

Thus, in the Oriental world of China and the occidental world of the West, rules and rituals have created a culture of compliance, that is evident even today, when one visits these cities. And in each case, it is through a system of stringent discipline and implementation of punishment.

In the West, the religious doctrine says that those who follow the rules, like halaal, will go to heaven, Jannat. Those who don’t follow Haram or break the rules will go to hell, Jahannum. This model of compliance is found even in corporations where, if you follow the rules and are complaint, you are considered favourably for following the values of the company and, eventually, get a bonus and a promotion; while if you defy the rules, you are likely to be reprimanded, disciplined, receive a memo or even be sacked.

India, by contrast, doesn’t really follow a compliance model. There is no single Hindu ritual that all Hindus are expected to follow. All Hindus follow different gurus, different deities, different rituals, different philosophies. If at all, you find a level of compliance, you would find this in caste-based groups, as can be seen from the Patel agitation and the Maratha agitation. You find this in communal structures and these communities, or caste-based organisations, many a time, have become vote banks.

Such compliance is also found in gurudoms, with the guru’s decision being followed blindly by his followers, and in religious sects and cults, where following the authority is considered virtuous. Such pockets of compliance do exist, but you don’t find an overall submission in India, which explains why India seems to be a land where people have to be herded like cats to get work done.

This article is also listed under Society, World Mythology