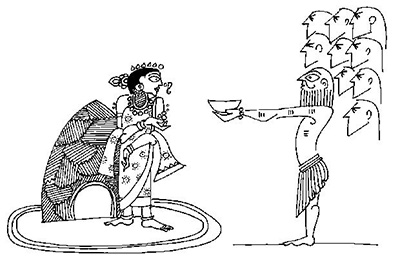 I once asked my sister if, given a choice, she would marry Ram or Krishna. Her reply was predictable: “Krishna, of course!”

But he would not be faithful to you, I warned her, reminding her about Radha and Satyabhama and Rukmini.

“But I don’t want to marry a man who throws his wife out of the house because people gossip about her faithfulness,” she snapped.

But what if he never married again, remaining resolutely faithful to her despite family pressure, I asked. Is he not the only heroic god to be given the title of ekam-patni-vrata, ‘faithful to a single wife’? This made my sister pause and think. Finally, irritated by my championing of Ram, she said, “I don’t think he is the ideal man at all.”

Who said he is ideal, I asked. “Well, everyone,” she replied.

That got me thinking. Ram is called maryada purushottam, which means ‘he who follows the rules perfectly’. He is not merely purushottam, or ideal man. That qualification of maryada is important to distinguish him from another purushottam, leela purushottam — Krishna, he who ideally plays games, referring to Krishna’s ability to bend and even break rules with a smile.

To try and understand Ram without Krishna is like trying to solve a jigsaw puzzle without all the critical pieces. In fact, to understand any god or goddess in Hinduism, we need the rest of the pantheon. The idea of God, for example, cannot be explained without the Goddess. They embody not masculinity and femininity as is popularly imagined, but rather the mind and the world outside the mind — in other words, humanity and nature. Each complements the other. Every character and plot is a metaphor, and this web of metaphors creates a narrative fabric that reveals what we call today Vedic or Hindu or Indic thought.

Most people, like my sister, prefer the rakish and charming Krishna to the stoic and distant Ram. But to me, as a mythologist, this seems odd because they are not two different people. They are both avatars of Vishnu, two forms in two different contexts behaving differently in response to two different situations.

Ram belongs to the Treta Yuga and is the eldest son of a royal clan, obliged to uphold the rules of the kingdom. Krishna, however, belongs to Dvapara Yuga, a later, more corrupt era, and is a younger son of a clan that is cursed never to wear the crown. So we find Krishna defending kingdoms and serving as kingmaker, but in temples we rarely see him as a warrior: he is worshipped as cowherd and charioteer, lowly servant roles that, considering the caste hierarchy in India, are neither accidental nor insignificant.

If Ram stands as champion of the varna-ashrama-dharma (code of civilized conduct determined by social station and stage of life) that defines Vedic social engineering, Krishna challenges it from within, subversively, without openly confronting it (open confrontation is left to another avatar). Thus Vishnu is prescribing a system and at the same time warning one against it. This escapes the eye of those who are too busy worshipping Ram and Krishna, but it does not escape the eye of those who seek patterns in the many plots of the epics and the chronicles.

Vishnu is described as preserver of social order — the order that Brahma creates and Shiva destroys. All orders are based on human rules and values, and Shiva as hermit mocks human rules as unnatural, since he prefers nature’s way. But in nature’s way, only the fit survive, and the unfit have no hope. Social order is about the human attempt to create resources, to help the helpless and to create a world that does not favour only the strong. Hence, rules.

But rules have a dark side. And the Ramayana reveals it. Rules force Ram to go into exile so that his father, the king, can keep his word to his junior queen. This is best brought out in the line from Tulsidas’ Ram-charitra-manas where the father says, “Do not forget the great tradition of the Raghu clan, son: better to lose your life than go back on your word.”

This tradition weighs heavily throughout the epic. Later in the forest, Lakshman draws a line around the hut where Sita resides. This line, which is mentioned in later regional retellings of the Ramayana and not in Valmiki’s Ramayana, is a powerful metaphor for rules. Within the Lakshman-rekha, social rules apply, and Sita is the wife of Ram. Outside it, she is just a woman for the taking. Within, Sita is safe. But then comes a hermit asking for food, and the rules of hospitality demand that the guest’s wishes be fully satisfied. So should Sita worry about her own security and stay within the line, or should she do what is expected of a royal princess and feed the guest? Sita chooses the latter and pays the price for it. She is abducted.

Later, the rules come to haunt Sita again. She may be pure of mind and body, but her reputation has been tarnished. Can she still be queen of Ayodhya? No, say the people. And so Ram abandons her. Rules that made Ram the ideal prince, the ideal king and even the ideal son, fail to make him the ideal husband. Or so we think.

The plot is even more complex. The rules demand that a king must have a wife next to him during the ritual of yagna. The people ask Ram to remarry; he refuses. He abandoned the queen, not the wife. He would rather have a golden effigy of Sita beside him than marry another woman. So he demonstrates his love for his wife, in a way, and becomes the ideal husband too, one who never looks at another woman except his wife while being true to his position as the rule-upholding king. Such fidelity for a wife is unseen in mythology.

Krishna breaks the rules. When he plays the flute, wives of other men flock to dance with him at night outside the village. And yet, this is pure. Why? Because it is all about others, and not the self. He does not seek them for his personal pleasure; he seeks to make others aware of their ability, and freedom, to have pleasure, despite the burden of rules. His focus is not tangible action that can be misunderstood, as in case of Ram, but of intangible intention.

In the Mahabharata, the kings of the land abuse the rules by upholding them more in letter than in spirit, and so not a single nobleman raises a voice in protest when a woman is being publicly disrobed — not Dhritarashtra, Bhishma, Drona, Karna, or the Pandavas. Everybody hides behind rules. This is what makes Krishna break the rules, for they fail in the primary objective of society — to help the helpless. A society that favours the mighty is no society at all. It is worse than the jungle — a warning given by Shiva in the earliest stories of the Puranas, when he attacks and opposes Brahma.

Hindu philosophy is all about outgrowing the animal within us. We can civilize the world around, but dharma is about civilizing the beast within, that predatory instinct that makes humans territorial and dominating. Ravana displays this animal nature when he breaks rules and claims rights over another man’s wife, despite her protests. Duryodhana displays it when he upholds rules to gain access to the body of Draupadi. Ravana is a rule-breaker like Krishna, yet he is not worshipped as God, for he submits to the animal within him and is unable to show compassion for the weak and helpless Sita. Duryodhana is no Ram even though he upholds rules, because he is a pretender who upholds the law that benefits him and enables him to exploit and abuse Draupadi. These complex narrative structures tend to be ignored, or even denied, in the pursuit of simplistic explanations about God and religion that were popular in the 19th and 20th centuries.

We valorise Draupadi as she screams for blood and demands vengeance, and not the quiet Sita who bears the brunt of Ram’s rule-following and decision-making. Draupadi makes sense to us, not Sita, for we live in a society where we want to be heard but forget that we also have to hear. So we scream our point of view and refuse to listen to anyone else, like the wounded Draupadi. (In the end, she gets her justice but loses all her children.)

Sita does not do that. We forget that she is the daughter of the sage-king Janaka, patron of the Upanishads. This relationship is not accidental: Valmiki is telling us something important. Sita is no ordinary woman. She is not just daughter, wife and mother. She is also a sage. She quietly watches the toll that cultural rules and values take on her husband. She watches how Lakshman expects his elder brother to follow what he considers to be ideal conduct. She watches how Surpanakha cannot handle rejection and crosses the line of propriety, and ends up playing the ultimate victim. She watches how Ravana turns his sister’s humiliation into an excuse to satisfy his own lust. She observes how people judge her silence as weakness, not the patient and affectionate acceptance of people’s shortcomings that stems from her confidence that they need her, while she does not really need them.

Sita hears her husband and herself and realizes Ram is Vishnu, the dependable God, while she is Lakshmi, the independent Goddess. She dutifully follows Ram when he goes to the forest, patiently waits for him in Lanka, and finally, quietly accepts her fate when he kicks her out of the palace. She has the capacity to bear the burden of all consequences. She is like the earth from which Janaka ploughed her out.

Culture, by default, is not fair. It feeds on nature, destroying ecosystems to nourish itself. Cultural delusion prevents us from recognizing this truth. No matter how hard we try, every society will have rules, and rules will create a hierarchy, and hierarchy will have its oppressor and its oppressed. To imagine a society without this hierarchy is like imagining a forest without a pecking order or a food chain.

Brahma struggles to create a perfect society but eventually succumbs to his animal side, provoking Shiva, who destroys his creation. Between the creator and destroyer stands the preserver, Vishnu, as Ram and Krishna — upholding and breaking rules, fighting wars with Ravana and Duryodhana, hoping that people realize that if they act too smart, disrespect Sita and Draupadi, fail to recognize the power of nature represented by the female characters of Hindu mythology, the demure Goddess will turn into Kali, spread out her tongue and consume the world whole.