Grow up and Move on 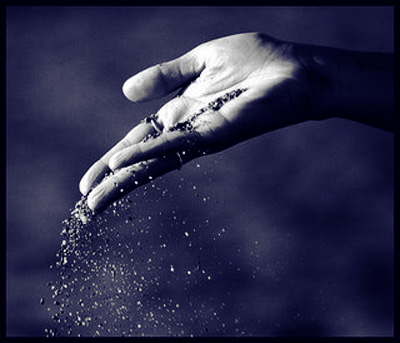 In the corporate world, the ashrama system is very much a reality. But not explicitly. When one takes up a job, one spends a lot of time learning the new job. This is Brahmacharya. Then a point comes when the learning stops and one becomes increasingly productive with higher and higher levels of efficiency and effectiveness. This is Grihastha. Then a point comes when one outgrows a job. One desires to move on. This is the time when one must step into Vanaprastha, the twilight zone, when one empowers and enables the next generation to step in. Having created the talent pool that can take one’s place, one becomes Sanayasa, free to move on, out of the current-job paradigm into a new challenging paradigm. And the cycle starts all over again.

The perfect organization is said to be one that respects the march of the four stages. Where things move predictably — people move on and move in at the appropriate rate. This is celebrated in the Ramayan where as soon as Ram completes his education, he is given a wife and as soon as he marries, his father, Dashrath, declares his intention to retire, move out of the palace, and let Ram be king.

The ashram-dharma in the Ramayan is a theoretical construct. It assumes that people are willing to move on to the next stage and they know when to move on. Life is not so simple. There are executives who do not want to be managers. And there are mangers who will not let executives become managers. And there are directors who realize they are quite ill equipped to direct. This disruption in the orderly course is the theme of the Mahabharata.

The epic tells the story of a king called Shantanu who has a grown up son called Devavrata, who is ready to marry and become king. But then Shantanu falls in love with a beautiful young fisherwoman called Satyavati. He wants to marry her but there is a condition: only her children should be declared his heirs. To Shantanu’s great relief, Devavrata voluntarily gives up his claim to the throne. “But what if your children fight my daughter’s children?” asks Satyavati’s father. In response, Devavrata takes a vow never to marry, never to touch a woman and never to father or adopt a child. For this vow, the gods declare Devavrata to be ‘Bhisma’. Bhisma is celebrated as the obedient son. Nobody condemns the father. As one reads the epic, one realizes that Bhisma’s act of obedience is one of the prime reasons for the great carnage on the battlefield of Kurukshetra. If the older generation had made way for the younger generation, as the scriptures advised, the Mahabharata would not have happened.

The Mahabharata also tells the story of one Yayati who was so desperate to stay young that he begged one of his sons to suffer old age so that he could cling on to youth. His eldest son, Yadu, refused this request. The youngest, Puru, agreed. For obeying his father, Puru was made Yayati’s heir (the Kauravas and the Pandavas are his descendents). For disobeying, Yadu was cursed that neither he nor his descendents would ever be kings (which is why Krishna, of the Yadu clan, is always kingmaker, never king).

Organizations need to constantly look out for Yayatis and Shantanus — men who refuse to move on and men who refuse to let the juniors grow. Men who use hierarchy to dominate and control rather than simply for order and stability.

Take the example of Jaisingh. He is a brilliant store manager. And he is comfortable in this position, so comfortable that very carefully he keeps mocking and demotivating his juniors, telling them how they are not fit to get a promotion and doing nothing to help them grow. He fears that if they learn how to be store managers, he will be redundant and that he will be kicked out by the management. What the organization does not realize that Jaisingh is behaving exactly as his boss, the regional manager, Vijaysingh, who is fearful that Jaisingh will make him redundant. Both Jaisingh and Vijaysingh are stuck in Grihastha. No one wants to move into Vanaprastha. Because everyone fears Sanyasa.

Letting go, moving on, is perhaps the most important skills one needs to possess in the corporate world. Imagine the human pyramid created during the Krishna festival of dahi-handi to help one on top get to the pot of curds and butter tied high up on the ceiling. Unless those at the lowermost level do not rise up, the one on top will never get to the butter. Ask yourself — are you rising to help your boss reach the pot? Ask yourself — are you allowing those below you to rise? Unless you do, the pot will never be yours.