Grant me my delusions 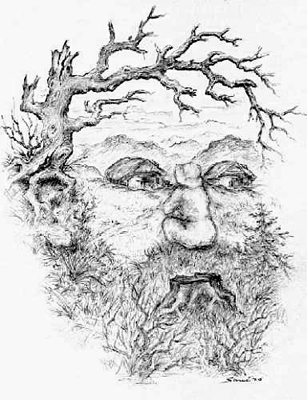 News reached the king of Matsya that his son, Uttar, had singlehandedly defeated the Kaurava army, pushing back great warriors like Karna and Duryodhana. The city prepared to welcome the young prince — the streets were watered, the buildings decorated with flowers and lamps and fluttering flags. King Virata’s heart was filled with pride. His son had done the impossible. He ordered the poets to compose songs in Uttar’s honor.

The priest had been speaking the truth. Uttar had indeed been helped by the eunuch-charioteer, Brihanalla, who was actually Arjuna in disguise. But the king was not ready to receive the truth. He wanted to enjoy the alleged success of his son but the priest, in his relentless pursuit of correctness, did not appreciate a father’s desire. The priest’s truth was cold and insensitive. The king wanted compassion, at the cost of the truth, for some time at least.

The priest was Yudhishtira in disguise. This event takes place in the final year of exile of the Pandavas when they had to lose their identity and live incognito. The purpose of this humiliation was to reveal to Yudhishtira the human desire for delusions and the importance of being gentle with the harsh truth.

Yes, in an ideal world, we should not have delusions. Everything should be factual. But this is not an ideal world and delusions enable us to cope with the harshness of reality. Delusions have value. Without delusions there would be no want, no market for luxury goods, no need for brands, no room for advertising.

Sohail was tired of creating concepts for advertising. “These are all lies,” he said, “Deodorants are not aphrodisiacs, whitening creams are not life-transformers, soaps are not elixirs of life, cars do not bring couples together. This is all nonsense.” He felt like a manipulator, playing with people’s emotions and hopes and desires to peddle his wares. Why could he not simply tell the truth? But the truth would cost his clients their sales. It would result in more than a mere nosebleed.

Delusions play a key role in life. The word for delusion is maya. In mythology, Vishnu spins the web of maya. He is called the great deluder, Mayin. Some even consider him a manipulator. He makes room for the human need for delusions and gently coaxes man towards the truth. He has infinite patience, for we have infinite lives.

This article is also listed under Mahabharata, Myth Theory