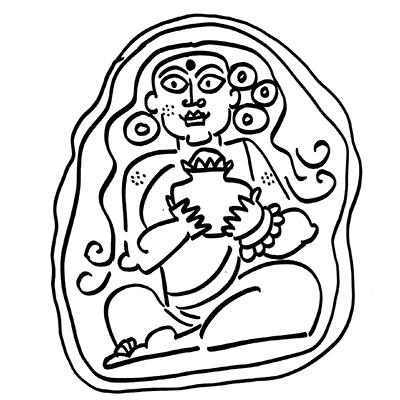 Hindu mythology is full of symbols associated with water which link all the gods to water. The oldest symbol of these are serpents. During the rainy season, water fills the holes where the serpents reside, forcing them to leave their abode. This makes them visible during the rainy season. Therefore, the snake has been associated with rain for a very long time in India. It is told that a long time ago, a king of Nepal told all the serpents to leave his kingdom, as a result of which there was a drought in his kingdom. He had to beg the snakes to come back. When the snakes returned, so did the rains. The friendship of snakes and rain is referred to in the Mahabharata. When the forests are burnt by the Pandavas to create the city of Indraprastha, the snakes start to lament. Their lamentation moves Indra and so, Indra brings rain to save the serpents.