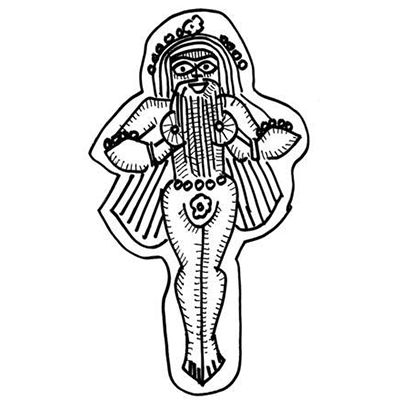 Who is a Hindu? Gender fluidity in Hinduism

Greek mythology tells us how Zeus, the king of the gods, falls in love with Ganymedes, prince of Troy, and takes the form of an eagle to abduct him. It also tells you how Apollo falls in love with Hyacinthus. This leads to a conflict with the wind god, Zephyrus, and they fight over this handsome young man. You have Athena, goddess of skills, who insisted that her priestesses stay virgins, devoted to her, and Artemis, the goddess of chase, who only had female companions, and did not like men coming near her. All these stories suggest homosexuality.

In Hindu mythology, when you read the Puranas, you find stories of prince Sudyumna, who enters an enchanted forest where Shiva and Shakti play, and turns into a woman. His horse turns into a mare. His dog turns into a bitch. As a woman, Sudyumna came to be known as Ila. She marries Budh, god of the planet mercury, who is of indeterminate sex, cursed as he was by Brihaspati, god of the planet Jupiter, who discovered that his wife, Tara was bearing the child of Chandra, the moon-god. Sudyumna is famous in Hindu mythology as the ancestor of the Lunar dynasty or the Chandravansha to which Pandavas and Kauravas belong.

Another story, from the Mahabharata, is Shikhandi’s. She is born with a female body, but knows all her life that she is actually a man. Later in life, with the help of a yaksha called Sthunakarna, she becomes a man. Then Shikhandi enters the battlefield of Kurukshetra, enabling the downfall of Bhishma. It is Shikhandi who helps the Pandavas win their war against the Kauravas.

In folk Ramayanas, we hear stories of how a monkey-king called Riskha falls into a lake and becomes a woman, marries the sun-god Surya and the rain god Indra, and gives birth to Sugriva and Vali. In another story, the mother of Sugriva and Vali is Aruni, the charioteer of the sun-god, who takes a female form to attend the dance of apsaras in Indraloka. Shiva Purana tells stories of Shiva merging with Shakti to become Ardhanarishvara. Vrindavana Sthala Purana tells stories of Shiva dressing up as a woman and becoming Gopeshwar Mahadev in Mathura to participate in Krishna’s Raas-Leela. Vishnu Purana tells stories of Vishnu becoming Mohini, to enchant the Asuras. So, gods become goddesses and goddesses become gods.

In Abrahamic faiths, like Christianity and Islam, we do not find stories about homosexuality or transgenders. People make the mistake that ‘Sodom and Gomorrah’ is associated with homosexuality. It is actually about people not treating guests with respect. When people don’t treat guests with respect, they are punished by God. But this has been misinterpreted as a rejection of homosexuality. In the Gospels, Christ speaks of eunuchs who are welcome in heaven: some are born eunuchs, some are made eunuchs, some choose to be eunuchs. Is he referring to transgenders who once thrived in the Near East temples? There are accounts in the Hadith suggesting the Prophet Muhammad was familiar with men who were not attracted to women. In Sufi traditions, there are male poets who see themselves as feminine and God as masculine. The teacher is often seen as male, even in Sufi influenced Hijra traditions, and the student as female, with students mourning like ‘widows’ when the teacher dies.

Jain monks differentiated between ‘dravya shareer’, which is your physical body, and your ‘bhaav shareer’, which is your psychological body — that which attracts you to things. They said you could have a male body, but you could be attracted to a man and not just a woman. So bhaav shareer is different from the dravya shareer. The physical body and the psychological body don’t always align with each other. They also spoke of feminine homosexuals (stri-rupini napunsaka) who were different from masculine homosexuals (purusharupini napunsaka). This is sophisticated thought, which you find almost 1,500 years ago in the Jain chronicles. Of course, these were not done to celebrate queer sexuality but to keep queers out of the monastic order. Similar ideas are found even in the Buddhist scriptures, where queer people, from homosexuals (pandakas) to transgenders, were kept out of monastic orders.

As Hinduism was less monastic, transgenders were accepted in society, though not mainstreamed, forming part of the community of entertainers, or serving in the temple collective. Of homosexuals, we know very little. They existed, of course, but were probably expected to marry, and produce children, one way or another. Their sexual activity itself was no way considered worse than heterosexual transgressions. Both demanded purification — a bath.