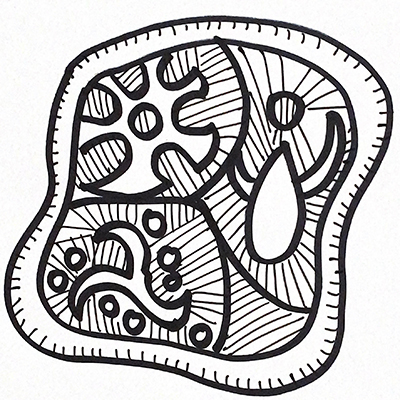 We often forget that the word cash is derived from the Sanskrit word “Karshapana”. Indians invented the idea of money long ago. Irregularly-shaped copper coins were used by merchants for banking 2500 years ago, about the time coins began being used in ancient Greece and China. Even before this, Harappans are known to have used cowrie shells as currency for exchange. Across India, we find women from tribal communities still wearing cowrie shells or coins around their neck. The ornaments indicate their use as currencies of exchange for a long time in the past. As late as the 14th Century, cowries were used as tools of exchange. Their use stopped when the Portuguese destroyed the market by flooding it with vast amounts of cowrie shells obtained from Maldives.

It has long been assumed that humans invented money to make the barter system easier as it became a common denominator of value. This sounds very logical. However, cultural anthropologists have not found any evidence of this in any part of the world. They found that tribal societies around the world were very comfortable with barter. It created a complex system of debt creation and gift-giving across cultures. In India, this took the form of the karma theory that forms the bedrock of Jain, Buddhist and Hindu beliefs since the time coins appeared in the Indian subcontinent i.e., 5th century BCE.

Karma was elaborated in Buddhist and Jain literature and in the Upanishads. The belief was that every human being is born in debt (hrinn). The purpose of life is to repay these debts. We owe this debt to our family, society, nature, culture, the sages and the gods. If we live our life repaying this debt, we will achieve liberation or moksha.

All our actions are recorded by a scribe called Chitragupta. Thus our life is actually a balance sheet. In this balance sheet, if we do good deeds, or punya, we get to reclaim debt, which explains why some people attract good luck and fortune. Bad deeds, or paap, create the burden of debt which drags us down towards realms of suffering and scarcity or Naraka. Giving loans took us towards swarga, the realm of abundance, while taking loans drags us eventually to naraka below. Thus financial systems were interconnected with Indian spiritual beliefs.

In this belief system, since we carried a karmic balance sheet into our lives, inheritance was not the result of the “will” of the father. It was predetermined. Nobody bequeaths swarga or naraka to their children. They are born into it. Fortune and misfortune come to our life not because of others, but because of our own karmic baggage. This baggage travels with us over infinite lifetimes. There is no concept of full-and-final settlement. Yama, god of death, ensures this, with the aid of his scribe, Chitragupta, who is helped by the Shravana and Shravanis, creatures who hear all things and so report all deeds and misdeeds.

In Buddhism and Jainism, you could accrue good luck by feeding and taking care of monks. Monks refused to take any loans, and so strived to give up all desires and needs. Those who took care of them could earn merit and so attract fortune. As monks were showered with wealth, Buddhist and Jain monastic institutions grew across the Silk and Cotton trade routes from Central Asia through South Asia to Southeast Asia. These monasteries eventually became the world’s first banks.

In the Middle East, there was no concept of rebirth. You are born without debt and you have to die with full-and-final settlement, before God, on Judgement Day. The Middle East gave the world writing, created by accountants, who invented ideas such as contracts that outlived the dead and were passed on to family. Thus children inherited the burden of debt from their fathers, the sins of the father. This gave rise to the idea of Original Sin. All humans carry the debt incurred by Adam and Eve in Eden, as per Christians. Muslims, however, believe Allah forgave that primal debt of humanity. Hence Allah is called all-merciful. Allah advised humans not to practice usury, or put people in debt. Instead, he advised people to invest in other people’s lives, be partners. In this system, fortune comes from outside, from the actions of others and there is no karmic-magnet.

Thus traders shaped spirituality in South Asia as well as the Middle East, not kings or priests or hermits, as we are often told by historians or politicians.