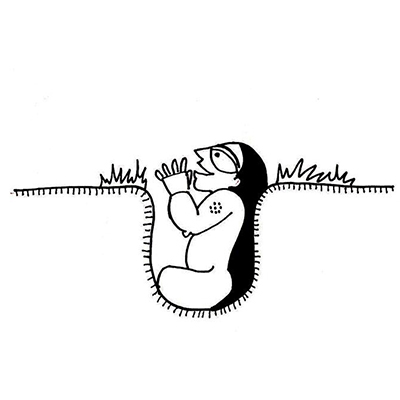 While laying the foundation stone of the Ram Janmabhoomi Temple on August 5, 2020, it was clear that no other Hindutva leader, other than Prime Minister Narendra Modi, was in the photograph that would be part of history. No woman was part of the ceremony, either, which is unusual as orthodox Hindu temple rituals demand the presence of the wife. This acquires significance, considering Hindutva consistently shows Ram in posters, without Sita, and uses ‘Jai Shri Ram’ as its war cry rather than the traditional call to devotion, ‘Jai Siya Ram’. Siya is how Sita is addressed endearingly in North India.

Apologists argue that ‘Shri’ refers to ‘Goddess’, but the erasure of womanhood in Hindutva discourse has been noticed by many observers. It is a movement dominated by mahants, male Hindu ascetics, mostly from North India, in keeping with the Hindutva lore of Hindu sanyasis, established by Adi Shankaracharya, to protect Hinduism. These mahants are often referred to as seers (rishis) and saints (sants) in Hindutva literature.

So, it seemed a departure from the norm, when the Prime Minister began his speech at the ceremony by saying Jai Siya Ram, not Jai Shri Ram. Was he feminising the Hindutva movement, a much-needed internal reform? It seemed like it, until one followed a politician’s gaze to the next election battlefield—Bihar.

Bihar is where Sita comes from, Mithila particularly, that shares a border with Nepal. This was the land of Janaka. She moved from here to her husband’s house in Ayodhya (now in Uttar Pradesh), where she was treated badly. She accompanied her husband during his forest exile, but he ended up abandoning her. In folk songs, women of Mithila plead with their husbands to go and fetch her back to her home after her desertion by Ram. However, Sita in her pride and dignity refused to return and brought up her two sons all on her own. Even today, people of Mithila repeatedly recite Sita’s name in marriage songs, but Ram’s name is omitted. Even today, people of Mithila avoid marrying off their daughters in the month that Sita got married. Even today, people of Mithila do not want to marry their daughters into families living in Ayodhya, in fact, anywhere west of Mithila.

Not wanting to upset potential voters in Bihar, the Hindutva leader refused to ‘cancel’ Sita as is Hindutva norm. So, said ‘Siya’ Ram instead of ‘Shri’ Ram.

Hindutva’s link with Hindu mythology is cynical. It is shaped by Arya Samaj’s view that true Hinduism is Advaita Vedanta, and has nothing to do with Puranic gods, or idol worship. The ‘less evolved’ masses need temples and their gods, but the ‘evolved’ masses see gods as historical figures, and temples as museums. This is different from the Hindu Agamic view of temples as the house of God, where the image enshrined is the living body of the deity (archa-murti), who has to be bathed and fed regularly. This explains why the foundation stone was laid in the inauspicious Chaturmaas (four months of monsoon when Vishnu sleeps). The timing was more political than astrological. The temple has to be ready before the 2024 assembly elections, must it not?