For whom is the king 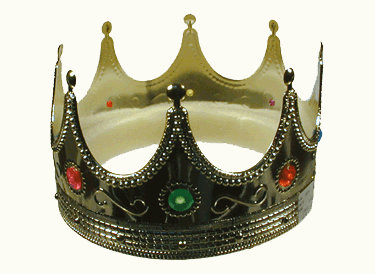 Chanakya was once asked, why did he need Chandragupta to defeat Nanda, king of Magadha, and establish the Mauryan Empire. To this he replied, “Because he is king. I am not. I wanted to defeat Nanda to avenge my humiliation. Chandragupta had no such agenda; he had no desire to be king when I chose him. I chose him because people wanted to follow him. They were attracted to him because he genuinely cared for them. He was motivated by the love of his people; I was motivated by my own rage. ”

What differentiates a king from a powerful man is the reference point of the king’s action which is always the people, not himself. That is why in Hindu mythology the only character worshipped as king, seated on a golden throne, with an umbrella on his head, is Ram of the Ramayana. No other. Ram exists for Ayodhya; Ayodhya does not exist for Ram. And so when Ram is asked to choose between Ayodhya and Sita, Ram chooses Ayodhya, not Sita. But it is quite the opposite for Ravan. Lanka exists for him, and he refuses to part with Sita even when Lanka is burnt and its residents killed.

For whom does one wear the crown; that is the question? Of course, when asked every king will say the right thing: I wear it for the people. These are the pretenders, the mimics, who always say the right thing. Mahabharata’s Duryodhan is one such mimic.

Duryodhan claims he wants to be king for the sake of Hastinapur. He does not want his cousins, the Pandavas, the gamblers, to be kings.  The fact is, the real reason he wants to wear the crown is to dominate the powerful Pandavas, and compensate for his own inadequacies. That is why sharing even a needlepoint of land with his cousins for the sake of peace is unacceptable for him. He rejoices in their misery. By contrast, when asked to give up his throne, Ram gives it up to his brother, Bharat, without remorse and regret. Ayodhya has to prosper, whether he is king or not.

It was the fulfillment of a life’s dream when Yashwant came to head the chain of restaurants. He spent hours deliberating whether he should be called CEO or MD or President or Leader or maybe a crazy and fine title like Customer Satisfaction Associate! His mentor then looked at him and said, “Why do you want this title? For your own self aggrandizement, or for the benefit of the business?” And when Yashwant spelt out his business plan to his investment partners, the mentor said, “What is your motivation? Increase in your wealth, the wealth of your shareholders, the wealth of your employees or the satisfaction of your customers?”

Yashwant knew this was a rhetorical question. There was no right answer. The politically correct answer would be, “For everyone.” But his mentor wanted him to reflect. He knew he did everything for his own pleasure. Does not everybody? In fact doing things for others seemed like a burden; it annoyed him. He realized that to be truly king one has to make people powerful, not take power from them. Therein lay his growth.