For all its noble aspirations, social media is pure business. 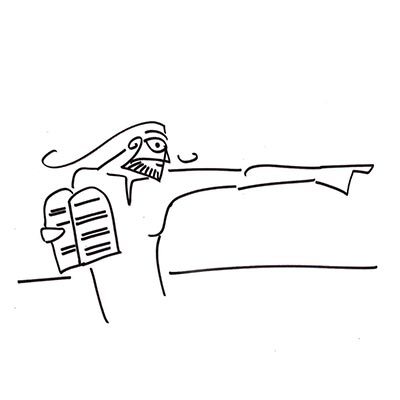 Of late, people on Twitter have noticed that Twitter blocks accounts of people who complain against harassment of women. But men who harass women go scot free. It is no coincidence that the men who harass women seem to be associated with powerful political organisations while the women who complain are not. It is not clear, therefore, whether the act, by the social media barons and their team, is against women or in favour of political parties. It all comes down to business. For all its noble aspirations, social media is ultimately a business, whether it is Amazon, Twitter, Facebook or Apple.

Business schools teach management by objective (MBO) which is always about being clear about what our objective is. All nobility aside, ultimately, business is about increasing shareholder value. Therefore, new businesses are often in debt; but the valuation is so high, that it doesn’t matter, even if the company is in debt, because the value of the company is far greater than the actual money spent. China has, very cleverly, from its ancient times, used its wall, and in modern times, used its firewall, to restrict access to the market. So, while it is a supplier to the world, it very carefully controls what enters its market. Therefore, many social media companies have no access to the Chinese market, instead the Chinese have created their own products, which have now reached a level that if they are launched outside the Chinese firewall, they can destroy businesses that emerge from Europe and America.

Clearly, we realise how politics and economics are intertwined. Chanakya Artha Shastra is less about economics and more about manoeuvring political power to harness the wealth of the market, in favour of the king. It is not about creating a prosperous ecosystem for the subjects, or about making merchants rich, it is about ensuring the power of the king. Although Chanakya acknowledges the purpose of the king is to create a satisfactory business ecosystem for subjects, it is closely aligned with how the king uses this ecosystem to maintain his power.

If one reads the Books of Exodus in the Old Testament of the Bible, one realises what happens in markets. When the markets become exploitative, which is described metaphorically as slavery in Egypt, a new entrepreneur comes with the offer of a promised land (vision statement). The entire market moves with him to the Promised Land, where we are told there is more freedom and dignity. However, over time, the Promised Land, on becoming prosperous, establishes walls and firewalls and the old saviour ends up as the new king, who controls and enslaves the people he had once liberated.

So, we have a continuous cycle of slavery and liberation, with slavery being established by old business and liberation promised by new business. The cycle continues as economics enmeshed with politics. The king, eventually, wants to control the market and by controlling the market ends up destroying it. This is the cycle of boom and bust that we see everywhere. Right now, social media is being increasingly controlled by political forces, which will mark its demise until a new alternative comes and a new vision statement is provided. Then we move to a new Promised Land, as we admit that social media has failed the interests of the larger public.