Feudal trap: Why do Indians fear prostitutes and traders? 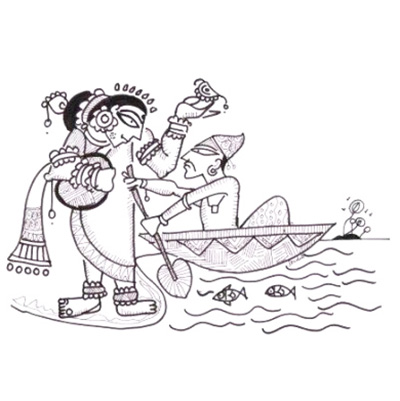 Shift the vowels slightly and the Sanskrit word for trader (vaishya) becomes the Sanskrit word for prostitute (veshya). The one sold goods and the other sold pleasure, to the highest bidder. Neither was loyal. Naturally, feudal authorities despised them both, and turned the word bazaru, or commercial, into an insult.

In all societies, there are two main sources of wealth: land and the market. Feudalism depends on the land and trade depends on the market. Land-owning communities (kshatriyas) and trading communities (vaishyas) have always competed for control of society. It accounts for the division between Old World Europe and New World America. Typically, feudal societies are hierarchical and value loyalty and patronage. Trading societies are relatively egalitarian, giving greater value to the customer’s wallet than to his status.

In India, we have sought to reject Old World Feudalism but we have not yet embraced New World Free Trade. We still value loyalty, over merit. We are suspicious of professionals, because they sell their skills for a price, and fiercely independent, like prostitutes of yore. The traditional service-providers (shudras) were expected to serve without expectation, accept patronage, and never demand payment, resulting in their semi-enslavement. Only priests (brahmins) could demand a service-fee (dakshina), and a monk (bhikku) could demand alms (bhiskha). The rest were expected to live on charity (daan) of the feudal master.

Further, the priests and monks of India, consolidated their exalted status by establishing the doctrine of pollution and purity. This ensured their position on top of the social pyramid, even above the land-owning communities, but pacified the latter by locating them above traders and service-providers. A land-owner could earn legitimacy and karmic dividends by paying priests and feeding monks, while travel was deemed as polluting, which is why many Indian traders stopped travelling and turned to moneylending. They outsourced the once-thriving sea-trade to Arabs and later the Portuguese, for fear of loss of caste, a fear that prevented Indians from venturing out into the world right up to the 20th century.

Service-providers whose vocation brought them into contact with blood, flesh, excrement and other bodily waste, were deemed untouchables, denied access to the village well and human dignity, because of the doctrine of pollution and purity. Lower than men were women who shed blood every month and who were recipients of semen, excreted by their husbands. And lower than all women was the prostitute, who received the bodily fluids of many men, of all castes, for a fee.

This was not the case always. There was a time when the prostitute was celebrated. The most beautiful woman in the city was not allowed to marry. She became the city-bride (nagar-vadhu). She was allowed to choose a lover, but not restrict herself to one. That she chose the most handsome, the most powerful, and often, the richest, annoyed the less handsome, the less powerful and the less rich, who wrote poems about her heartlessness, while praising her beauty and skill. She was known for her singing, her dancing, her skill in conversation, her wit, her humour, and her beauty. We hear of these courtesans in ancient Hindu, Buddhist and Jain literature. Known as ganikas, they lived independent lives, unlike the chaste wives who lived in the shadow of their husbands, and unlike nuns, who shunned all pleasure.

In time, these ganikas came to be attached to temples. They became wives of the enshrined deities, who never get widowed, and who loved all men as containers of the divine seed. These were the devadasis. Their images inspired the carvings of beautiful women on temple walls. They challenged the old monastic orders. They were part of temple rituals. But eventually, the priests and the monks stripped the devadasi of her independence and her agency. Slowly, she was answerable to the men in positions of power. The men declared how pure, or impure, she was. She was dirty because she had many lovers. She was dirtier because she went to the highest bidder. Eventually, she was just an exploited woman, with no freedom, her fee being claimed by a pimp and a madam.

If not attached to a temple, the woman who sold pleasure for a fee became part of a king or nawab’s court, or a community to entertainers, the nats. In her world, skills and wealth were inherited from mother to daughter. She could make the money if she had the beauty, the skill and the guile. She was invited to wedding and coronations and festivals. But status was another matter. In a feudal society, that looked down on trade and commerce, that created hierarchy based on purity of vocations, and gender, she was clearly at the bottom. What little agency she had was taken away from her, first by colonial administrators and later by puritanical freedom fighters, who modelled themselves on monks of yore.

Today, unlike the 19th century, no one fears loss of caste when one travels across the sea. Today, we are comfortable talking about markets, buying, selling, trade and profits. Today, we seek professionals. Yet, the feudal mindset persists.

We yearn for loyalty and are afraid of the commercial: those who sell their skills and expertise to the highest bidder. We cannot bear the thought of pleasure being a commodity that can be bought and sold. We prefer women who submit to the decisions of men, not women who make their own decisions. We prefer the loyal press, and are terrified of the independent one, who like the independent ganika of yore, believe that their dharma is to treat all customers equally, no matter how much they paid, and be loyal to none. That is why the press, with a mind of its own, becomes presstitute, and a lady politician, with a mind of her own, who refuses to submit, becomes the veshya.