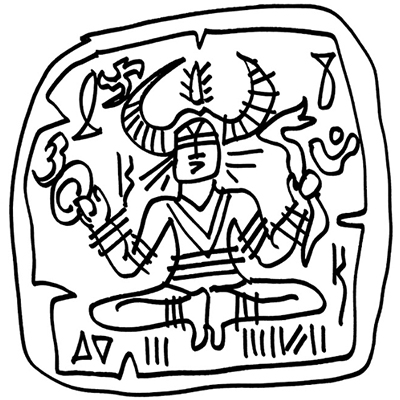 Christian missionaries used the word ‘pagan’ and ‘heathen’ to derogatorily describe all non-monotheistic pre-Christian religions that indulged in nature and idol worship. Hinduism came under this category. Today, many Hindutva followers want to reclaim the word ‘pagan’ for Hinduism.

Judaism, Christianity, and Islam, which are Abrahamic or Semitic faiths, are rooted in urban cultures, centred around Jerusalem, Rome and Mecca. These religions do not value nature or the countryside. They deal more with obedience within city walls, and less with fertility, magic, animals, plants, stars, spirits and oracles. They are far more organised and centrally controlled than religion of mystics, oracles and shamans.

As per 19th-century logic, development meant journey from village to city, from nature to culture, from polytheism to monotheism, from paganism to religion. This is the reason many 19th-century Indians preferred monotheistic Gita as the real book of Hinduism, and distanced themselves from polytheistic Vedas, or read the Veda in a monotheistic framework.

Glamorisation of paganism has become popular in the West as part of an anti-Church, anti-patriarchy and pro-nature movement. It is rooted in theosophy movements of the 19th century, as well as resurgence of Wicca and other New Age faiths that see themselves as more organic and feminine, fluid rather than rigid.

The desire to qualify Hinduism as primal paganism emerges from the hippie fantasies of ‘white’ gurus who, dissatisfied with Christian rigidity, sought answers in Eastern mysticism, fortune-telling and occultism.

They have found willing admirers among chauvinistic Hindus living outside India. So, they position Vedas as the fountainhead of a ‘superior’, global, pre-Christian faith and get invited to Hindutva conferences. Ironically, the idea of equating Hinduism with pre-Christian primal paganism of ‘noble savages’ was popularised by 19th-century German Indologists, whom Hindutva scholars despise.

To say that Hinduism is merely a rural or tribal religion of nature-worshipping peasants who believe in fertility rituals does injustice to the refinement of Hindu ideas. Sam-Veda divides all melodies into forest songs and settlement songs. The Hindu pantheon includes forest gods, village gods, family gods and city gods. So, you have Van Devata, Gram Devata, Kula Devata, as well as Nagar Devata. Shiva lives in mountains, Hanuman in forests, Ram is Ayodhya, and Krishna with rural Gokul and urban Dwarka. Raj Dharma is about the king who maintains order in the city, but he is trained in the forest and eventually retires to the forest. Thus, it is not about village or cities, forests or settlements. It’s a spectrum.

Hindu deities satisfy a regional need but are also connected to a larger discourse of metaphysics, epistemology, eschatology, language, ritual and philosophy. In stories and art, plants and animals are not just spirits, but also metaphors for spiritual ideas such as karma, dharma, maya, yoga and moksha. Today, it is politically incorrect to say tribal religions are primitive and organised religions are sophisticated, but to equate Hinduism with paganism is not just patronising but rather reductionist, and reveals a superficial understanding of Indian thought.