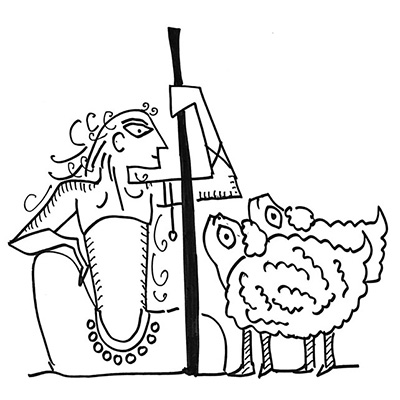 My friend often quotes an Urdu couplet: Ishq ki chot toh padti hi har dil pe iksaan. Zarf ke farq se avaaz badal jati hai. It means that everybody is struck by love, but depending on what stuff one is made of, one responds differently. The equality is that everyone responds to love. The diversity is that the response is not the same. However, increasingly in popular discourse, we see a wide gap between demands for equality and acceptance of diversity.

Equality is often confused with homogeneity. Everyone should feel the same level of pain and empathy and think similarly on issues. This leads to fascination with debates, which has become more about winning by shouting than improving one’s understanding by listening. And when there are no debates, no listening, there are marches and strikes, even worse, violent acts to terrorise the other into submitting to a common point of view, thus rendering everyone equal.

The idea of intellectual diversity is politically correct. However, it is extremely difficult to practice in day-to-day life. Take, for example, the Orlando Shooting, where a gunman shot 50 LGBTQ people dancing in a crowded nightclub. Why do we assume that every member of civil society will respond exactly the same way? Why do we get upset when others do not react the same way as we do?

We cling to an argument, not because it is right, but because it validates our sense of self-esteem. This is called ‘attachment’ in Hindu and Buddhist philosophy. Clinging to an idea like a dog in the bone, though that is not an accurate metaphor, for more than clinging to our bone, we humans want everyone to cling to the same bone. Life is all about listening to multiple voices and making choices. No choice will ever please everyone. Every choice has a consequence.
And the consequences may not be to our liking. Indic philosophies run along these lines and shy away from the discourse of rules and rights, which is why they tilt more towards diversity and less towards equality.

Religious orders work hard to homogenise their flock. Hence, the use of words like shepherd and sheep. Shepherds do not like goats and wolves. But a world without goats and wolves does not exist. So, the shepherd and the sheep have to be careful, build fences. Carry guns? Some Americans feel they should. But then some shepherds go about killing the sheep. What then? Ban shepherds, ban guns, ban sheep-haters and sheep-abusers? How does one create a sheep heaven, where everyone is equal?

The shepherd forgets, as he eyes the wool, that all sheep are not equal. There is hierarchy amongst them too: the alpha will demand submission of the beta and the gamma. Will the activist-shepherd also find that natural instinct that ‘problematic’ and demand domestication/education, more laws? This yearning to change, and control, than understand, often makes us cruel parents.