Economics Of Brahma, Vishnu and Shiva That Businessmen Across the World Need to Know 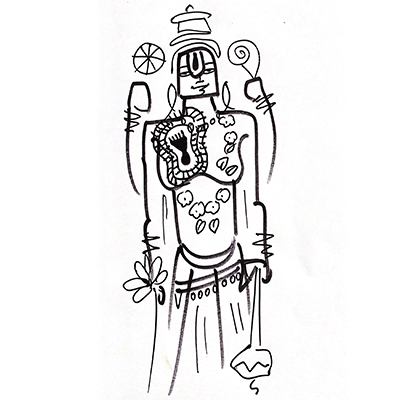 The Puranas were composed 1500 years ago, between 5th and 10th century AD. What differentiates the Puranas from the Vedas is the value placed on temple worship, pilgrimages and stories to express a philosophy. The chief protagonists are the trinity of Brahma, Vishnu and Shiva and their counterparts Saraswati, Lakshmi and Durga. It marks a time when Hinduism expanded beyond the limited confines of the Gangetic plains and spread to every corner of India, replacing Buddhism and Jainism that had spread earlier.

The entire narration can be seen from an economic point of view. Brahma is the creator of all life forms. When he creates life, he creates hunger, and because he creates hunger, he creates the predator and the prey, the pecking order and the food chain. From Brahma come the devas and asuras. They are constantly quarrelling over the treasures of paradise. From Brahma, also come the nagas and the garudas, snakes and eagles, who are each other’s predator and prey. This creates eternal conflict. From Brahma come the rakshasas who are raiders and yakshas who are hoarders. Thus, Brahma creates a world full of economic conflict, competition, and confrontation.

Countering this is Shiva, the ascetic who withdraws from this material world. He is not interested in wealth, power and property. He smears his body with ash. He is known as Digambar, that is naked. He sits atop a mountain of stone, covered with snow. In other words, he lives in a sterile ecosystem that generates no food because he seeks to conquer hunger itself. But then he is told by his wife to be compassionate and pay attention to the hunger of other living beings. This makes Shiva descend from his mountain Kailas to the marketplace in Kashi, on the banks of the River Ganga. Here, he serves as the guardian, Kotwal, as well as the one who begs, Bhikshatan. His wife becomes Annapurna, the goddess of food, providing and protecting the children of Brahma, who fight over wealth and property.

The engagement, between the unenlightened, quarrelsome children of Brahma and the enlightened Shiva, becomes a meeting of the material with the spiritual. This brings us to Vishnu. Vishnu is often called the Preserver, but what does that mean? The Preserver creates a society where everyone is focused on other people’s hunger. There is a shift from the Self to the Other. It is the shift from materialism to spirituality, from ahankar or ego to atma, or soul. Brahma creates a world shaped by need, ambition and greed of the self. Shiva negates it by seeking destruction of desire itself. Vishnu balances by encouraging we exist to provide for others.

In humans, that means that our productivity is aimed at satisfying other people’s hunger, while we focus on overpowering our own hunger. Thus, Vishnu is associated with the Goddess Lakshmi, goddess of fortune. Children of Brahma want her all for themselves; they hoard her. This causes war. Vishnu, however, keeps investing her in the market, and so she comes to him as return on investment. Asuras accuse Devas of stealing wealth. But wealth chooses Vishnu of her own free will.

Vishnu is adaptable and agile as the various avatars, such as Rama and Krishna, who take part in worldly affairs. He is sometimes a warrior, who protects the ecosystem. He is sometimes cowherd, who takes care of means of production. He is sometimes charioteer, providing services. At no point is he interested in wealth and power. Instead, he uses wealth, power and ideas to enable those around him to outgrow their hunger, insecurity and ignorance. He smiles when people think they can get away with plunder.

In art, Lakshmi is represented as a pair of footprints. These are painted towards the house. We want fortune in our house. In Vishnu art, only one footprint of Lakshmi, the Srivatsa, is shown on Vishnu’s right chest. The other one is being invested in the world ! Thus wealth is constantly being cycled to generate more value.

This is the economics of the Puranas. At the heart of it, it speaks of the ability to outgrow one’s hunger by paying attention to other people’s hunger. This concept is not taught in business schools and management today. Businessmen across India and the world are still in Brahma’s world and have to make a journey to Vishnu’s world. This is the wisdom of Hindu scriptures that even the “saviours” of Hinduism are clueless about.