Does Krishna Take the Viratrupa In the Gita To Intimidate? 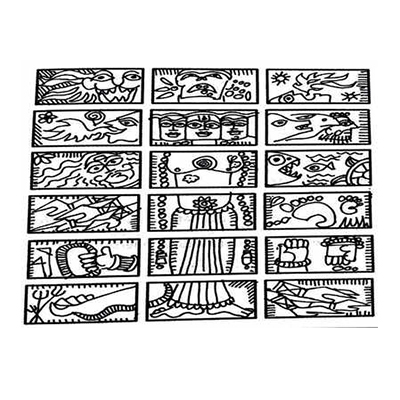 Who is a Hindu? Does Krishna take the Viratrupa in the Gita to intimidate?

A friend, who works in human resources, once shared his understanding of the Bhagavad Gita. Krishna was trying to motivate Arjuna to do a job as a warrior. But Arjuna was hesitating. So Krishna used ethical arguments, then emotional arguments and even metaphysical arguments, but nothing worked. Finally, he showed Arjuna his awe-inspiring cosmic form, the Viratrupa or Vishwarupa, frightening Arjuna into submission and obedience.

The idea of the Bhagavad Gita as a motivational speech meant to get people to do their job, is popular in corporate circles. Many even equate Krishna with the manipulative Chanakya. But such a prejudiced reading overlooks the whole point of the Bhagavad Gita, which was meant to make Vedic ideas accessible to the common man, through narrative.

In Krishna lore, at birth, his mother Devaki sees for a moment, the true form of her baby, with the four arms of Vishnu. As a toddler, his foster mother, Yashoda, watches him eat dirt and when she tries to clean his mouth, finds between his jaws the whole universe. The sage Markandeya has a vision where he sees the whole world being swallowed by the waters of a terrible flood. On the waves, he finds a banyan leaf floating, and on it a baby gurgling happily, sucking his butter-smeared toe. The baby is Krishna.

He inhales Markandeya into his body where the sage sees the whole world, the many heavens and the many hells, before he is exhaled out. Dhritarashtra, father of the Kauravas, though blind, is able to see this form of Krishna but it does not convince him to stop the war at Kurukshetra. Finally, this form is shown to Arjuna as part of the Bhagavad Gita discourse, that takes place just before the great war. Here, it motivates Arjuna to pick up his bow and fight. But why? In fear, or in wisdom?

In the 19th Century, European Orientalists discovered the Bhagavad Gita and found its monotheistic leanings preferable to the polytheistic leanings of the Vedas. This approval of the colonial masters went a long way in propelling the Bhagavad Gita into the ‘ultimate’ Hindu text, which it never was. Hindus had many communities, each with their own texts and own songs, that shaped their worldview. There was no need for a single book for all Hindus. But the Europeans needed a single book to make sense of Hinduism. A Hindu equivalent of the Bible and the Quran. So did upper-class Hindu reformers, most of whom were lawyers; as do the self-proclaimed defenders of the Hindu faith. Many saw the Bhagavad Gita through the Biblical template: God was revealing the Truth of Hinduism to Arjuna as he had revealed the Truth to Moses on Mount Sinai. The Viratrupa, the grand form, was similar to the grand mystical visions of Ezekiel, Daniel and John. The Hindu God, like the Biblical God, had to show humans how to live righteously.

But the Gita is not based on the Biblical paradigm where you live once and God is a judge. It is based on the Vedic paradigm of rebirth. Arjuna’s privileged life is the result of his karma. His challenges are the result of his past actions. His refusal not to fight the war has nothing do with violence (a Gandhian interpretation); it has to do with killing relatives. If the Kauravas were strangers, Arjuna would not have his ethical dilemma. The issue is one of self and other, relative and stranger.

Krishna argues that the division of self and other is man-made, cultural, and not natural. For God, everyone is self; there is no other. Hence, the great cosmic form, that includes everyone — the Kauravas and the Pandavas, the friends and the foes, the predator and the prey. How does God takes sides if everyone is a relative? This is where dharma plays a role. In nature, the mighty eat the meek. But in culture, the mighty care for the meek. The Pandavas (five brothers, seven armies and no kingdom) are the meek; the Kauravas (a hundred brothers, eleven armies and a vast kingdom) are the mighty. Instead of sharing, they are justifying war. Such kings must be destroyed.

The Viratrupa is not a form to intimidate. It is not the equivalent of the Biblical God on Judgement Day, ready to cast the unrighteous into hell. It is meant to illustrate that everything and everyone is a part of God. The villain and the victim, the predator and the prey, the self and the other, are a part of Krishna. It’s a visualisation of inclusion that we first find in the Rig Veda, grossly misread by politicians who wish to capitalise on the Vedic heritage.