Do the Vedas Acknowledge Women’s Desire? 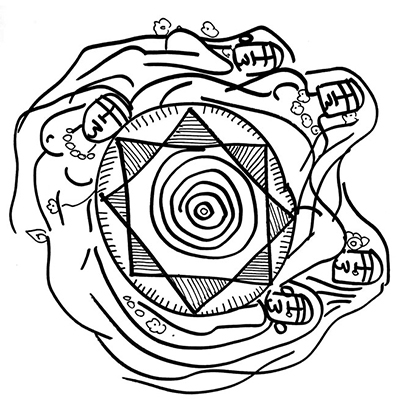 Desire is a recurring theme in some of earliest verses of Hindu tradition, found in the Rig Veda. It is what inspires creation itself. It is what Apala craves when Indra offers her a boon. It is what Lopamudra demands from her husband Agastya, who is distracted by rituals. It is what makes the apsara Urvashi fond of the human king Pururava, before she abandons him for the pleasures of Paradise. There is also a rather bizarre hymn where the mighty Indra’s desirability and virility is paradoxically dependent on his queen, Indrani, copulating with the even more desirable and virile Vrishakapi. These verses are more than 3,000 years old.

Later literature reveals the anxiety of men when they are unable to control a woman’s desire in the way that they are able to control fire in a hearth, water in a pot or plants in a field and animals by a fence. Infidelity is a recurring trope in the story of most rishis, which perhaps contributes to the later importance attached to the concept of pati-vrata, or faithfulness of wife to husband, which then bestows magical powers of sati-tva, to the woman, enabling her to withstand the heat of fire or even collect water in unbaked clay pots.

There is a story in early Vedic literature which says that each of the seven sages who make up the Big Dipper constellation (the SaptaRishi-mandala) had a wife. So there were seven sages and seven wives and they all lived together in the sky. But one day, the fire god Agni desired the wives of the sages. Six of the wives succumbed to his charms, but one did not. In some versions this was accidental, not deliberate. The seven sages accused the six wives of being unfaithful, so six wives left their house. They became the six stars known as Kritikas, of the Pleiades constellation. They eventually became the nursemaids of Shiva’s son, whom they named Kartikeya, the child of the Kritikas. These goddesses became associated with the cause of miscarriages, measles and various diseases that afflict children, if they are not respected. These are the wild, fearsome sisters of the forest, venerated by settled communities across India.

Rishi Bhrigu’s wife, Puloma, is abducted by an asura, in the presence of Agni. This is why Agni is cursed to forever consume everything – whether it is pure or foul. Rishi Angirasa’s wife, Shraddha, is seduced by an asura when she is pregnant which is why her child is a stillborn. This child is revived by Angirasa and becomes Brihaspati. Rishi Brihaspati’s wife, Tara, elopes with Chandra, the moon god. She conceives the planet Mercury (Budh) from this extramarital relationship. Brihaspati curses this child to be neither male nor female. While Brihaspati complains of his wife’s infidelity, he also forces himself on his sister-in-law, Mamata, wife of his brother, Utathya. As a result of this force, the child in her womb, Dirghatama, is born blind. The second child cast out of the womb becomes Rishi Bharadvaja.

Rishi Gautama’s wife, Ahalya cheats on him, not only with Indra, as is commonly known from the Valmiki Ramayana, but also with Surya as is narrated in Southeast Asian Ramayanas. From these multiple unions are born Vali and Sugreev. This is why Ahalya is turned into stone, until Ram liberates her. Rishi Jamadagni’s wife, Renuka, desires a gandharva momentarily, which is why her husband demands that her head be cut off. His four older sons, who refused to commit matricide, become eunuchs as per the lore of the Jogatas, the transgender priests of Yellamma in Karnataka. The son who finally beheads his mother (and later resurrects her in some versions) is Parashurama, much venerated in Hindutva circles.

There was an attempt to seduce Chyavana’s wife, Sukanya, by the twin Ashwin Kumars, but she stays faithful to her husband. The other faithful wife is Anasuya, wife of Atreya. Three gods – Brahma, Vishnu and Shiva – try to tempt her with their beauty, but she remains steadfast in her devotion. Arundhati, wife of Vasishta, was faithful to him at all times, and is the symbol of marital fidelity. It is significant that in the Ramayana, Sita meets these two women before following her husband Ram into forest exile.

It is in post-Vedic Buddhist literature, especially the Vinaya Pitaka, the book for monastic discipline, that we begin to find the earliest traces of the Indian man’s discomfort with female sexuality. They are seen as oversexed beings to be avoided by monks at all times and also perceived as a threat to spiritual practices. There are more rules for nuns than for monks to protect the men. Even in Jainism, the nun is lower in spiritual ranking than the monk. And this anxiety is apparent even among the self-proclaimed guardians of Hindu Dharma, the Hindutva warrior-ascetics, celibate and wrapped in saffron, who infantilise women and seek to control their sexual choices.