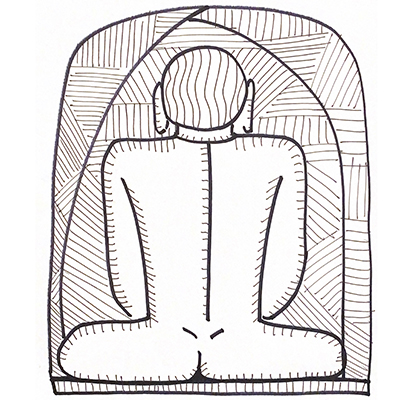 In Persian lore, we hear the story of Yusuf (biblical Joseph), the son of Yaqub (Jacob). Yusuf was a very nice person, very handsome, extremely talented, much loved by his father, to the point that his brothers became jealous and sold him in slavery in Egypt. Yusuf was bought by an Egyptian General whose wife Zulekha fell in love with Yusuf. In the Christian story, the wife tries to seduce Joseph, but fails and which is why he’s thrown in prison. But in the Persian story, this love is true and not just based on lust.

There is a gossip in the city that Zulekha is in love with a slave and embarrassed Zulekha calls all the women in the city to her house to eat, and she places fruits and knives in front of them as refreshments. As the women are cutting the fruit she asks Yusuf to enter and display his beauty to all the women. The stunning looks of the slave distract the women to the point that instead of cutting fruit, they start cutting their own hands and do not feel the pain. When they leave the women look at their blood soaked hands and realise the beauty of Yusuf and realise Zulekha is not to blame. Perhaps this is a Persian commentary demanding men to cover their faces for the safety of women, just as women are asked to cover their heads to protect men from temptation.

At Mangi-Tungi hills in Northern Maharashtra near Nashik is a very unique image of a Jain sage meditating with his back to the people. Jains identify this image with that of Balaram (Padma), the brother of Krishna, as described in the Jain Harivamsa Purana (Jain Mahabharata). He was so handsome that looking at him, women would not be able to work. One day Balaram noticed a woman staring at him, while drawing water from a well. Distracted by his looks, she was looping the rope around her son’s neck instead of the pot. Embarrassed, he decided never to enter the village or show his face ever again. So he began meditating with his back to the world. Being a monastic order, there is a clear discomfort with sensuality in Jain lore. Even Buddhist texts state that a monk’s meditation makes him so magnetic that it is best he shun women, for both their sakes.

Hinduism is relatively more comfortable with the erotic. In the Mahabharata, Nakula the fifth Pandava while going into the forest after the gambling match, smears his face with dust and dirt so that women enchanted by his beauty do not follow him. In the Bhagavata, Usha abducts the handsome Aniruddha, grandson of Krishna, while he is sleeping. In the Puranic literature, there are tales where women chase Shiva, Rama or Krishna, spellbound by their beauty. However, as the Tantrik Age gave way to the Bhakti Age, people preferred to rationalise these stories as the result of spiritual magnetism. The male body thus was made invisible, as was women’s desire.