Did the Harappan know to write? 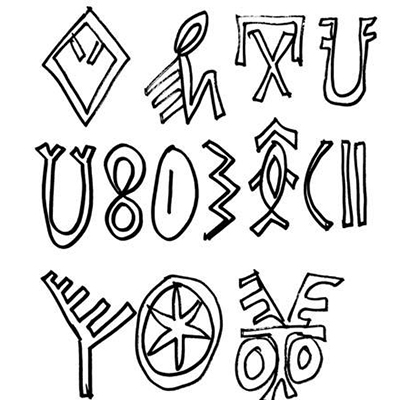 Writing in India emerges only in the Mauryan period, 2,300 years ago. It is in the Ashokan edicts that we find the Brahmi script. Vedic hymns and Buddha’s lectures, before that, were orally transmitted.

The Harappan civilisation, 4,000 years ago, with its sophisticated brick cities and sewage system, used symbols on seals. Symbols are often accompanied by images of plants, animals, humans, and fantastic beasts like three-headed goats and unicorns. No one knows what these symbols mean. Are these symbols a kind of script?

Some even argue that they are an ancient Vedic script, even though Vedic hymns emerged 500 years after the Harappan cities collapsed, based on rather robust archaeological, linguistic and now genetic evidence. One minister claimed Harappans ‘wrote’ the word ‘sreni’ (merchant)—a claim only accepted by the highly political Hindutva lobby and not peer reviewed journals.

There are two schools of thought regarding the Harappan symbols.

One says that it was an early form of Proto-Dravidian script. The word for fish in old-Tamil sounds same as stars. The Harappan symbol of fish symbol with six markings is deciphered as the Krittika (Pleiades) constellation, which marked the eastern horizon during the vernal equinox 4,500 years ago, when Harappan cities were at their mature phase. A fish symbol with seven markings is said to represent the Saptarishi (Big Dipper) constellation.

However, an alternative theory, states these symbols are not a script. They are not associated with sounds (as in Mesopotamian script) or words (as in Chinese script). They are just symbols. The basis of this is that in sentences, we find repetition of symbols. In sequences of Indus symbols, we don’t find many repetitions. Also, if each symbol represented a unique word, then the vocabulary of the Harappan people becomes very limited. In all probability, these were symbols like those found in flags. Indians, even today, use symbols during rituals. e.g. the chandrabindu, the trishul, the swastika, the circle and the dot. These are commonly seen in wedding rituals and drawn on the walls of peoples’ homes as good luck signs or to keep away negative energy. Such signs are also used in the Hijra community as markers. They are tribal emblems used to brand or in tattoos.

Scholars have found that across Europe, during the Ice Age, i.e. 40,000 years ago, people used a set of 30 symbols repeatedly with consistency for nearly 30,000 years. The earliest form of artistic expression. Maybe, the Harappan symbols were similar—codes for multiple ideas depending on context.

Many advanced civilisations did not need to write. We have to remind ourselves that in India, about a century ago, 90 per cent of the population was illiterate. Yet, we communicated sophisticated ideas through songs, poetry and the use of symbols in rituals.

Vedas were written down less than 2,000 years ago (after Pali and even classical Sanskrit started being used by kings) with great reluctance, as oral transmission gave Vedic Brahmins privileged positions.

This reluctance may have been the reason why, despite exposure to Chinese and Mesopotamian and even Egyptian scripts, Indians did not adopt writing until rise of the Mauryan imperial power.