Dharma Hormones: What Is the Path To Happiness? 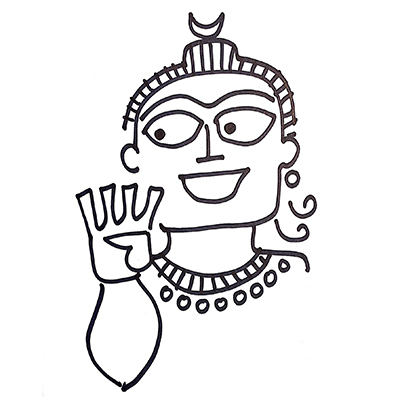 Published on 21st February, 2020, in The Economic Times

How do you validate human existence? Ancient Hindu scriptures say there are four pillars to this: dharma, artha, kama, moksha. Dharma is about the responsibility to society at large. Artha is about achievement and success.

Kama is about intimacy, about sensual and sexual pleasures. Moksha is about freedom from bondage and worldly suffering. This occurs when one withdraws from the world and seeks a higher goal. All four goals contribute to happiness. Neuroscientists are now observing that various hormones released by our body play a key role in our happiness.

For example, there is serotonin that is associated with happiness, and, in its absence, there is depression. There is dopamine that gives us a sense of exhilaration or achievement, and in its absen- ce there is a sense of worthlessness. There is oxytocin that is released during intimacy. There are various endorphins that are released during workouts, or when we are stressed, or when we laugh, that create a pleasurable feeling, comforting us.

Pleasure is related with a release of dopamine and comes when there is sense of achievement. The more dopamine is released, the more we get addicted to it. We want more and more of it. This is what happens with drugs, like cocaine, that create an artificial sense of achievement, after which any other achievement falls short. Our craving for dopamine causes a situation where the brain fails to produce enough serotonin, as a result of which yearning for pleasure causes a decrease in general happiness. Hence, this results in depression.

This modern architecture of happiness mirrors the four-fold path of happiness prescribed in ancient Hindu scriptures. Dharma contributes to satisfaction. Artha to achievement, to exhilaration of success. Kama to pleasure and intimacy.

Moksha to relief resulting from letting go. We need a mixture of the four to be happy. And we realise that each of these four pillars of humanmeaning or purusha-artha can be mapped to happiness hormones identified by neuroscientists. Dharma is about the other.

Giving back to society, feeding others, and taking care of those who need help, being responsible, being concerned about others, being a parent to the world at large. This is related to serotonin that can be called the dharma hormone.

Artha is about winning, about breaking boundaries, about reaching the goal, about surpassing the target. This makes dopamine the artha hormone.

It is released when we go to the gym, when we do what our bosses expect us to do, when we hit the target, get the work done on time, against all odds. It is the hormones of sport stars. Kama is about intimacy, about desiring and being desired. It is linked to cuddling with family and friends, with children, with feeling safe. One can say that oxytocin is the kama hormone.

And how does one get rid of pain and suffering. The hormone released to take away pain is endorphin, the moksha hormone, released when the body is stressed.

It is interesting that hormones related to pleasure, happiness, intimacy and comfort as per science can be easily mapped to the four goals of Hindu existence. One wonders whether the rishis were aware of these hormones intuitively or whether they were attentive enough to appreciate the architecture of happiness, that to live a balanced, fulfilled life, one needs good harmony between takin care of others, achieving material success, finding pleasure of intimacy and, finally, liberating oneself from worldly suffering.