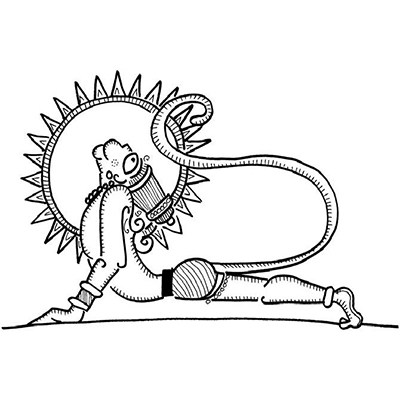 Surya, the sun god, plays an important role in Indian mythology. In some of the earliest images of Hindu and Buddhist mythology, Surya rides on a chariot with his wives or female archers, who shoot arrows, driving away the darkness of the night. In Vedic mythology, he is not just the god of light but also the god of knowledge. He is invoked with the Gayatri mantra. In Upanishads, he is the teacher of Yajnavalkya.

Every morning people worship him by facing him and pouring water as offering, perhaps to quench his fiery thirst. He is visualised as riding a chariot with seven horses depicting the seven days of the week, with 12 wheels representing the 12 months of the year, with each wheel containing 24 spokes, indicating the 24 hours of a day — some say, eight spokes, indicating the traditional eight divisions of the day. Surya’s charioteer is the dawn god, who is visualised as being sometimes a male (Aruna of Puranic mythology) and sometimes a female (Usha of Vedic mythology).

Many historians trace Surya Namaskar, the popular yoga exercise, to yoga teachers of Mysore, who were influenced by Swedish health practices in the last century. However, there is a folk tale of how this yoga practice was designed by Hanuman as a gift to his teacher, the sun god.

As a child, Hanuman wanted to learn everything about the world. He asked his mother how he could do so and his mother pointed to the sun and said that since the sun saw everything, Hanuman should learn from the sun god, Surya. Hanuman approached the sun god and asked, “I want to learn of everything you see and observe in the world. You have more knowledge than anyone else. Can you please teach me?”

The sun god replied, “I have no time. I travel all day and rest all night. I cannot pause to teach you.”

Hanuman persisted, “Why do you have to pause? I will ride in front of your chariot each day and you can teach me while you are travelling.” In some versions, he said, “I will expand myself towards the sky so that my feet are resting on the eastern and western horizons, and I will keep looking at you all day facing your chariot.”

“But my glare will be too hard to handle and the pain and the heat will be intolerable,” reminded the sun.

Hanuman was not one to give up. “It doesn’t matter, knowledge cannot come without suffering. One must work hard.”

Impressed by his determination, Surya agreed. Hanuman spent thousands of years flying in front of the sun’s chariot, staring at the sun from sunrise to sunset, listening to everything Surya had to say. He sublimated from Hanuman the monkey to Hanuman the god of infinite wisdom. He learned Sanskrit, wrote poetry, excelled in martial skills and leadership abilities. He became one of the most knowledgeable beings.

To thank Surya, Hanuman then designed the Surya Namaskar exercise that yogis would follow for all eternity.