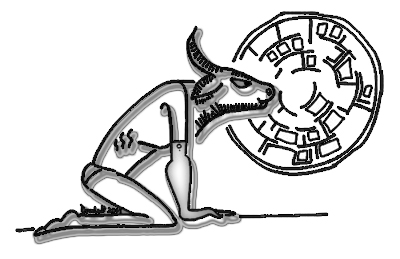 Whenever archaeologists uncover a site of human habitation, they invariably come upon artifacts and monuments that are neither simply utilitarian nor merely aesthetic. These include ritual objects and structures such as charms, talismans, sacrificial altars, temples, and tombs. They make little sense to the outsider, but to the insider they are expressions of profound belief systems that help them grapple with the reality of life.

Civilization requires a state of delusion. We have a need to believe that a culture exists for a reason, that history has a direction, that every event has a meaning, and that every person has a value. Myth provides that delusion. The modern nationalist discourse is a case in point. Then comes a tornado or a flood or an earthquake, and all is naught. The flood drowns the kingdom and the republic. Nothing is spared when nature strikes. Both the pig and the priest burn when the earth spits out fire.

To cope with the reality, impersonality, and ambivalence of nature, people turn to myth. Through myth-making, impersonal events have moral or ethical reasons and the faceless environment comes to have a personality. Nature becomes Mother Nature. A father comes to live in the sky. A demon brings disease and death. Somehow it is easier to cope with a mystery that has a face.

Nature is the ultimate reality, existing within and around us. We cannot escape nature. We are helpless. Before nature’s awesome capacity to sustain and destroy us, we are reduced to a state of humbling and humiliating passivity. There are three ways to cope with the truism that is nature: fight, flee, and freeze. Each way is valid. At least one is necessary to survive.

He who fights visualizes nature as a force that can be manipulated, controlled, or conquered (one can make things happen in one’s favour). He who flees visualizes nature as an enchanting delusion that draws humans away from the true scheme of things (one has to draw oneself away from the enchantment). He who freezes visualizes nature as an impersonal force with a mind of its own (one simply has to go with the flow) or a force under the control of a superhuman entity (one has to pray or petition for events to happen in one’s favour). This visualization is mythmaking. No one knows if this process is conscious or unconscious. But it enables the sentient being to cope with life; it makes us human.