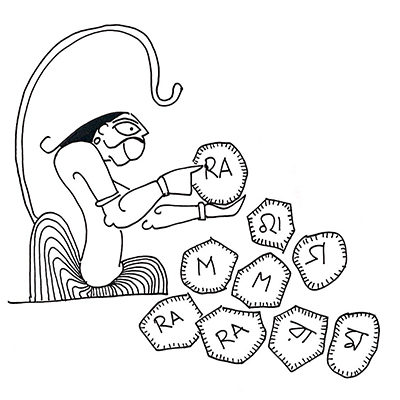 Declaration of faith is part of many religions. It means publicly stating one’s belief. In Judaism, which is the oldest Abrahamic faith, it is a reiteration of monotheism, the ‘Shema’. In Christianity, it means making the sign of the cross to show one accepts Jesus, who was crucified, is the saviour. In Islam, it is the ‘Shahada’, or stating repeatedly that there is only one true god and that is Allah. In Buddhism, the declaration clarifies one surrenders to the awakened one, his teachings and his congregation – Buddham sharanam gacchami, Dhammam sharanam gacchami, Sangham sharanam gacchami.

Declarations of faith are also found in political organisations. For example, the Nazis were infamous for their ‘Heil Hitler’ salute. For the British Empire, it was the ‘In the Name of Queen and Country’. As the Indian nation state emerged, the declaration of ‘Jai Hind’ emerged, to establish the declaration of faith in the Indian State and Indian Constitution.

Now, this concept of declaration of faith has spread around the world and the assumption is that all religions and organisations must have one. Political Hinduism or Hindutva has long been trying to establish a declaration of faith, which is simultaneously religious and political, which it hopes will unite all Hindus of the world. In the earlier days, it was ‘Vande Mataram’ or ‘Bharat Mata ki Jai’. However, this reference to the secular nation state as a goddess is now being increasingly replaced by ‘ Jai Shri Ram’. This is a very unique declaration for it is very unlike ‘Ram Ram’, which is a common greeting in many parts of North India, also chanted during funeral processions. It also denies the goddess as in the more conventional, ‘Jai Siya Ram’.

The problem is that Hinduism is not monotheistic. Nor is there one supreme teacher, as in Buddhism. Yes, there is faith in one God, but, God manifests differently, in different parts, in different times, of Hinduism. While Ram is an important god, in the northern part of India, and the Ramayana is one of the most sacred epics across India, the importance of Ram is different in different parts of India. This is something not realised in the Gangetic plain, which politically dominates India. While in the Gangetic plains, most people worship Ram and Krishna, the earthy forms of Vishnu, in southern India, especially in temples, the celestial Vishnu is given greater importance.

Even before the Ramayana was retold in Hindi, the Sanskrit epic had been retold in Assamese, Odiya, Bengali, Telugu and Tamil. In all these parts of India, we have different kinds of declaration of faith. For example, in Bengal, it is mostly ‘Hari Bol’ where Hari refers to Vishnu, Ram and Krishna. In Odisha, people prefer ‘Jai Jagganath’ who is simultaneously Vishnu (avatar) and Ram and Krishna (avatar) and who is also associated with Bhairava and Shakti. In Tirupati, ‘ Govinda Govinda’ is chanted, where Tirupati is associated with Vishnu, who is associated with Krishna, more than Ram.

In Kerala, there are temples dedicated to Rama, Lakshmana, Bharata and Shatrughna. There is a complete month dedicated to the reading of the Ramayana. However, in terms of declarations of faith, one has either ‘ Om Namoh Narayana’, which is popular in the Guruvayur region, or ‘ Swami Sharanam Ayyappa’, which is popular amongst the worshipers of Ayyappa, son of Shiva and Mohini, the female avatar of Vishnu.

In Maharashtra, where Vithal is the central deity of the bhakti movement, ‘Jai Hari Vitthal’ or simply, ‘Panduranga, Panduranga’, is declaration of the Varkari pilgrims. In Gujarat, it is ‘ Jai Shri Krishna’ that is popular amongst those who visit Ranchor-rai temple and also amongst those who visit Srinathji of Nathdvara, often abbreviated to JSK. In Punjab, we find ‘Jai Mata Di ’ and acronyms like JMD.

In the south, ‘Sri Lakshmi Venkatachalam’, or SLV, is popular, referring to the deities who are popular in those regions.

The attempt to homogenise ‘Jai Shri Ram’ as the declaration of the Hindu faith is bound to meet with many obstacles because of the very nature of Hinduism. Hinduism is diverse, wherein god takes different forms, and declaration of faith manifests in different ways. It is a truth that is inconvenient and troublesome for political Hindus, but not for spiritual Hindus.