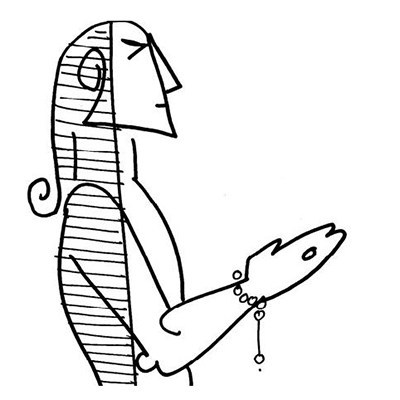 The word yoga comes to us from the Vedic period. It basically referred to connecting the cart to the horse or the cart to the ox, ergo, it is about connecting two things. The simplest meaning of yoga is a connection, or more specifically, alignment between two concepts or two objects.

In the field of yoga, it is used in terms of connection, and depending on the context, it has different meanings. You can connect the mind with the body, or the breath with the mind, or a connection between the mind, the breath and the body. Some would say it is a connection of the individual with society, others would say yoga can also be the connection between two human beings in a relationship, like a husband and wife, parent and child, teacher and student. In a religious context, one would say it is the connection between the devotee and the deity. Through the practice of yoga, we are sort of able to create a sense of order, alignment and of connection within and without. Within, with reference to our various body organs and body processes, and without, with people and the world around us, at an individual as well as a collective level.

The most popular definition of yoga, from the Yoga Sutra, written over 2,000 years ago, is Chitta Vritti Nirodha — simply put, the unknotting of the knotted mind. As we experience life, our mind gets knotted because of anxiety and fear caused in life. We have to find food in order to survive. We have to protect ourselves from danger, being constantly in a state of freeze, fight or flight. All of this knots our minds, and yoga is a process by which the knots get untied. By unknotting the mind, we align ourselves with the truth of the world.

That is the process of yoga and the methods used are varied. Patanjali is famous for putting them all together, in a simple comprehensive way. So, the Yoga Sutra gives an eightfold path — a journey from the outside to the inside. So, there is Yama, Niyama, Asana, Pranayama, Pratyahara, Dharana, Dhyana and Samadhi.

If the Yama part deals with the social aspects of life and how we deal with people around us, the Niyama part is the discipline that we maintain ourselves. So, it is highly individualistic. Yama is relationship-oriented, Niyama very individual-oriented. Asanas deal with our body; they are the postures which are the most popularly visible form of yoga. Pranayama deals with breath. Pratyahara deals with our sense organs through which we connect with the outside world. In Dharana, it is focussing on awareness, letting our thoughts come and go without trying to control them. Dhyana is about focus where we, very consciously and actively, get our mind to focus on a single object, thing or idea, like chanting.