Collaboration in a Vedic Ritual 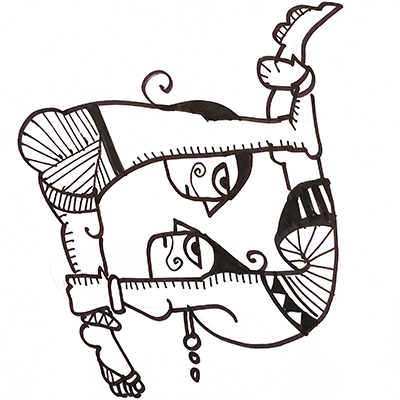 View: Ancient cultures prioritised collaboration over competition, for the larger good of the world

When asked what Vedic society was like, historians tend to describe it as a pastoral society led by heroic chieftains riding horse-drawn chariots who often fought wars over cows, and who called upon warrior gods such as Indra for success. What goes unnoticed is the constant theme of collaboration.

The very first verse of the Rig Veda speaks of exchange (1.1). Agni, the fire-god, is invited to the yagna. He is offered praise and food, in the hope that he will reciprocate – grant prosperity and health. In other words, Veda speaks of trade, not raid. Giving in order to receive. Exchange, and transaction. The last verse of the Rig Veda (10.191) invites chieftains to let go of their rivalry and work together for the good of all.

The Rig Veda introduces us to the concept of debt. When the gods are praised they are put in debt and are obliged to help those who praised them. Life is all about repaying debts and incurring debts and writing off debts. The patron is encouraged to repay his debts: to gods, to ancestors, to poets, to his kinsmen. Debt can only exist if we feel we are obliged to repay. Debt creates a bond. Debt establishes relationships. As we incur and repay debts, we collaborate.

In later Yajur Veda and Brahmana literature, we hear of complex rituals involving large numbers of bricks, in their thousands, placed in layers to create the Purusha. This is a symbolic representation of society, made of many units that have to support each other to create fire altar through which gods are invoked.

The ritual involves a collaboration between groups of priests, belonging to various schools: some associated with the Rig Veda, some with Sam Veda, some with Yajur Veda and some with Atharva Veda. All the priests have to work together to create a successful yagya. Each one has separate tasks. For example, the Rig Vedic priest known as Hotra chants hymns. The Sam Ved priest known as Udgatr sings the hymns. The Yajur Veda priest known as Adhavaryu mumbles the hymns, and acts as a coordinator. The Athar Veda priest supervises the rituals in silence. Though there are four divisions of priests, each one has a task to ensure they work together and make the ritual a success.

We are told of different categories of Vedic gods who have to work together in order to be successful: the 12 Adityas who live in the sky, the 8 Vasus who live on earth, and the 11 Maruts who live in the atmosphere, between earth and sky. Newcomers pose a problem, such as the 2 Adityas. After initial hesitation, they too are included. Instead of emphasising these stories, scholars pay more attention to wars between Devas and Asuras.

Few point out that the Nava-graha gods include five Devas (sun, moon, Mars, Mercury, Saturn), two Rishis (Brihaspati and ) and two Asuras (Rahu and Ketu). Collaboration between them brings good fortune as per Jyotisha shastra.

Collaborative practices are found even in temple rituals that emerged in the postVedic period. The Jagannath Puri temple in Odisha, for example, has over a thousand priests belonging to different families. Each family is responsible for certain rituals. Each is performed at a different time of day, a different season,cand for different festivals. No single family has knowledge of all the rituals. It is like a relay race or a jigsaw puzzle where everyone knows a part of the process. No one knows all the rituals. There is no central body of knowledge or authority. This creates a system of collaboration. Here, every team has access to some expertise, which it doesn’t share with others. To be successful, each one has to work with the other, pass the baton of ritual in the relay race of multiple rituals.

Traditional social organisation reveals how collaboration is embedded through the concepts of kul-deva and gram-deva. Kul-deva belongs to a clan or a family, gram deva belongs to the entire village. In other words, we have loyalties to my family deity as well as to the village deity. Various kul devis come together to work with the gram deva. A kula can extend across many villages, and a village is a collection of many kulas. So, I have a settlement deity as well as a lineage deity. We are bound to other people who follow our vocation through the kula-deva but we are bound to people in the neighbourhood through the grama-deva. In kuladeva festivals, clans discuss matters related to the clan and its duties. Kayastha from Kashi will share concens with Kayastha from Surat. In grama-deva festivals, various kula-devas gather to discuss matters related to civic society. The goddesses of various courtyards of the city come together to repair the city’s water tank, for example.

These ideas were ritualised and so manifested through rituals and fairs. They were not intellectualised and written in manuals. That Harappan cities of the Indus Valley thrived for 700 years without any sign of a standing army or war is an indicator of the power of collaboration that was part of ancient Indian society. We need to draw attention to these traditional practices in our education system. Ancient cultures, unlike modern one, prioritised collaboration over competition, for the larger good of the world.