Can we say that Hinduism’s Narasimha is like Hollywood’s Wolverine? Narasimha, half-human and half-lion, is an avatar of Vishnu, described in the Puranas – the ancient Hindu chronicle of myths. Wolverine is a mutant, and a tortured superhero, a part of the Marvel universe, a creation of American comic book writers, and now a very popular character in Hollywood movies. The two are very different from each other. An avatar is not a superhero. A superhero is not an avatar.

In modern video games, the word “avatar” is used as a duplicate identity, like a mask to hide who you really are. This is how the West makes sense of a Hindu mythic concept. It is common for many Western writers to force-fit ideas from other cultures into a Western template. And so, for them, avatar is the Hindu version of superhero.

An avatar, by contrast, is God who takes the mortal form to help humanity. Narasimha is the form taken to kill an asura (often translated as demon in English), who has the boon that he cannot be killed by a human or an animal, which means he can only be killed by someone who is neither fully human nor fully animal – like Narasimha. Unlike a superhero, an avatar does not go on any adventure. An avatar has full knowledge of the future and of the opponent, and is actually playing a role, hence the word “leela” or the play of God. 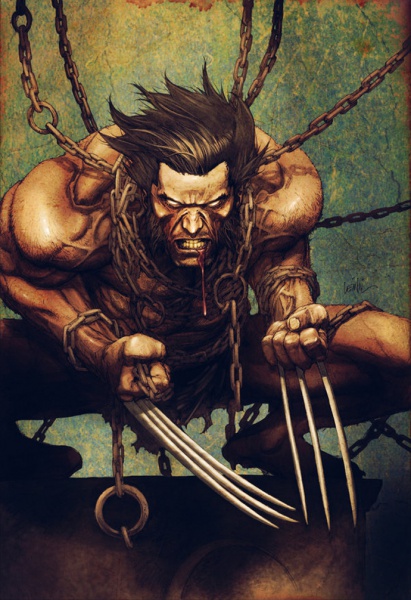 Who is the beneficiary of this play-acting? The so-called villain. For in the story of Narasimha, the asura he kills is not being punished; he is being liberated from a curse. The asura, Hiranakashipu, we are told was the doorkeeper of Vishnu’s abode in his previous life and was cursed to become an asura for a lifetime because he stopped a sage from crossing the gates while Vishnu was asleep. Vishnu, by killing Hiranakashipu, is liberating him from the asura form. Thus, the story of an avatar demands belief in karma, and rebirth. The story of a Greek hero, or superhero, demands no such belief. In fact, the assumption is that the superhero has only one life to prove his worth as a problem-solver and to redeem himself, as in case of Wolverine, who must rid himself of his nasty past.

So a superhero is an ordinary man who becomes extraordinary. The journey is from small to big. By contrast, an avatar is the limitless divine (Vishnu) who becomes the limited divine (Narasimha, or any avatar). The journey is from big to small. Both benefit humanity. In the superhero’s case, that’s a choice: the option is to be a super-villain. In the avatar’s case, benefitting humanity is the whole point.
narasimha-sculpture_101416070612.jpg

Difference in cultures is rooted in the different assumptions of the culture. Indian culture revolves around faith in rebirth that makes it comfortable with diversity, and uncertainty and subjectivity. The world here is fluid and the avatar is patient with human insecurity born of limited knowledge. Western culture revolves around faith in one life, which makes it comfortable with equality, certainty and objectivity. Their world here is fixed and can only change if there is a revolution, which the superhero facilitates. In a world without problems, there is no need for a superhero. In a world where everyone is wise, there is no need for the avatar.