Can Indians Really Decolonise Their Mindset 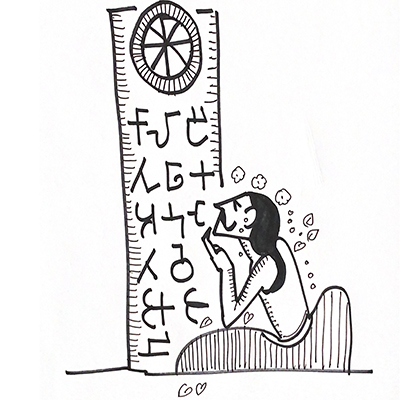 Of late, politicians, journalists and actors are trying to rewrite Indian history. They argue that freedom fighters aligned to right wing ideology deserve their due. Some even suggest that the freedom fighters we are told to admire gave India a raw deal. The more creative ones go so far as to suggest that if Indian history is ‘decolonised’, i.e., stripped of its Islamic, colonial and secular bias, we will discover the true glory of Hindu rashtra.

It is only in the 19th century that cultural memory was distinguished from scientific history. Cultural memory is recounted by bards. Bards make you feel good about your community; they remind you of who harmed or helped the community; they shape your worldview. Historians are under no such obligation. They tell you what facts reveal. But that is easier said than done.

How we discovered our history

We gather more facts with time and that changes history. Before British archeologists appeared on the scene, Indians did not know about Harappa or Mauryas. Pillars were identified as ‘Bhima’s staff’ and Brahmi inscriptions were taken to be ‘indecipherable secret code of dharma raja Yudhishtira’, and every cave was ‘Ram’s cave’ or ‘Pandav cave’. Before British translators, Indians were clueless about India’s long Buddhist history.

When Harappa was discovered, early scholars assumed these were cities destroyed by the invading Aryans. But ancient DNA analysis now tells us that the cities of Harappa were dying at the time when horses were first being domesticated in the Black Sea region and that people who called themselves Aryans came to India with horses only five centuries after the Harappan civilisation ceased to exist.

But facts can and are interpreted differently, often due to convention. We know the Vedic people conducted yagna. But what does that mean? Orientalists translated the ritual as sacrifice, equating it with the sacrifice referred to in the Old Testament of the Bible. But Vedic scholars now point out with evidence that the ritual refers to a give and take between humans and celestial beings.

Exchange is not sacrifice, but even reputed historians continue with the false equivalence of Old Testament with yagna , and New Testament with Upanishad, probably to appear less communal

In early 19th century, John Stuart Mill classified Indian history on religious grounds: Hindu, Muslim and then British. This division established the idea of Islam as the invader and the oppressor; it justified British rule. Today it justifies the idea that India was once purely Hindu before the arrival of Western religions. This classification continues even today despite many protests and ample evidence to show that pre-islamic India was certainly not homogeneous or static.

On the other extreme are scholars who shy away from the phrase ‘Islamic invasion’, despite the dramatic change in the architectural landscape of India in the last 800 years. They prefer seeing the shift in political and economic terms, rather than religious terms, an attack of desperate Persianised Turks rather than Muslim warlords driven by missionary zeal. This does not win historians many admirers in the Hindu community who have been raised hearing tales of how Muslims destroyed Hindu temples.

History can’t give us one truth

Historians are now revealing through epigraphy and numismatics, how Indian kings supported Buddhist monks, Jain monks and Brahmins as per need. How the decline of Buddhism in India was not the result of a religious war but changing market and political realities around the world and the idea of inheriting both caste and religion starts around the same time as the appearance of written land-grants in India in the post-Gupta era. And how the arrival of Islam meant that Brahmins who once competed with Buddhists for royal support, now competed with Persian bureaucrats.

What should we commit and omit in history textbooks? Should we tell Indian school children about how Indian business houses, nudged by the British, exported opium to China and made huge profits? How did that fund the development of port cities such as Mumbai and Kolkata? Or should we simply blame the British colonists for being evil? In the present zeitgeist the latter is easier. As long as you bash the White Man you can get away with writing history. Do not talk about Indian collaborators — the kings, the traders, the bankers.

Writing history for scholars is not the same as writing history for children, or for the general public. In America, the critical race theory that seeks to change school curriculum presents some harsh truths for the sake of social justice, but it almost seems like an exercise to shame White people. This has been happening in India for a long time. Elite castes and communities like Brahmins, Rajputs and Thakurs feel that historians have been given the licence to shame them, since it serves vote bank politics, as much as it serves the purported cause of social justice.

Historians, even Marxist historians, who write extensively on class, patriarchy, communalism, caste and social justice, have hardly written anything about India’s LGBTQ+ history, until the rainbow flag was raised globally. Was this omission shaped by ignorance, or market forces, or fear of authority? Or was it personal prejudice?

A historian’s reputation is shaped by peers. A historian who writes a book about the ‘greatness’ of India, Hindus or Brahmins, is likely to be dismissed as populist. It is easier to write about India as a land of ambiguity, contradictions, diversity and dynamism, that leaves every reader dissatisfied. Or focus on the truth of social inequality and economic injustices, annoying the elite.

Many historians have taken to rectifying the errors of the past. Some are informing us how the Indian maharajas were not all debauched stooges of the British. Others are informing us that India also had a history of violence, Gandhian, Buddhist and Jain legacy notwithstanding.

Still others are drawing attention to how monastic orders had deep misogynistic and proto-capitalist roots. There are books that tell us India did contribute to world history: it did not just receive potatoes and chilies; it also gave the world chickens and calculus.

Most interesting are the historians who are busy giving historical figures character certificates. For everyone who argues Akbar, Ashoka and Tipu were essentially Hinduphobic, there is a historian arguing how Muslim kings patronised Sanskrit scholars and broke temples, merely for plunder and political reasons, not to spread Islam.

But the problem remains how do you historically decode the monastic practices ideas such as ‘taking samadhi’ or ‘performing sallekhana’? Is it ‘ritual suicide’ or simply a code for ‘natural death’? Do phrases like ‘religious imaginary’ and ‘cultural construct’ take away the sting from words like ‘myth’?

The bottom line is that history can never be an equivalent of material science, despite being based on facts. It can never give us one truth, as there is no objective way to capture human motivations, beliefs and emotions. Historians may not want to be bards, wanting to celebrate the past. But they often do become activists, committed to social justice, which means finding faults in historical decisions. And it is important to keep that in mind.