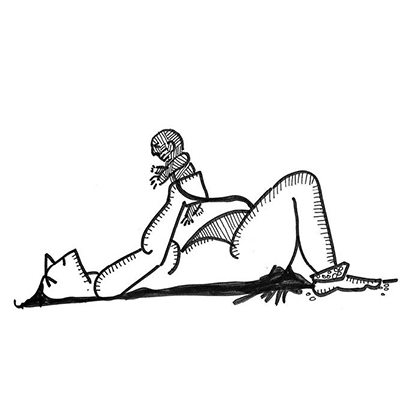 In Puranic literature, we come across the concept of ayonija, someone who is not born from the womb, and consequently, is able to bypass or rise above the cycle of birth and death. The story of Ganesha is a case in point. Ganesha is not born from a mother’s womb. He is born when his mother moulds him from the ointments of her body and his head is replaced with the head of an elephant by his father Shiva. Similarly, Shiva’s other son Kartikeya is not born from a mother’s body. Shiva’s seed first falls in fire, then in wind, and finally, in the river, Ganga, setting the riverbank reeds aflame. From the ashes emerges Kartikeya, as the six-headed warlord. Thus, he is born outside the womb and is called ayonija. Another son of Shiva, who is ayonija, is Ayyappa. He is born when Shiva merges with Vishnu to become Harihara. Two male gods thus come together and a child is created.
There are other such characters in mythology that are born outside the womb. There is the famous story of Mandhata. A king called Yuvanashwa accidentally drinks a magic potion meant to make his wife pregnant and, in doing so, becomes pregnant himself. The child, Mandhata, is born from his side, because Yuvanashwa does not have a womb or a womb passage. Mandhata, thus, becomes a special king, having being born in a special way.

In later Buddhist stories, there are suggestions that Buddha was not born in the normal way. He was born from the side of his mother, not through the vaginal canal. The idea spread as far as Europe and we have early Christian church fathers speaking about how Jesus was conceived immaculately, without sex, and perhaps was born bypassing the womb. Thus, the woman’s body came to be associated with death and the cycle of rebirth. In the Mahabharata, death is even visualised as a woman, although the god of death, who regulates rebirth, is a male god called Yama.

One wonders if this discomfort with the female genitalia, and its association with death, is the reason menstrual blood has always been feared and seen as a negative side of nature. Hence, menstruating women are kept in seclusion, often in special rooms, away from the rest of the family. This practice is not just seen in India, but in many tribes across the world, revealing a discomfort with nature’s obsession of giving all living creatures an expiry date.

This article is also listed under Mahabharata, Puranas, Shiva