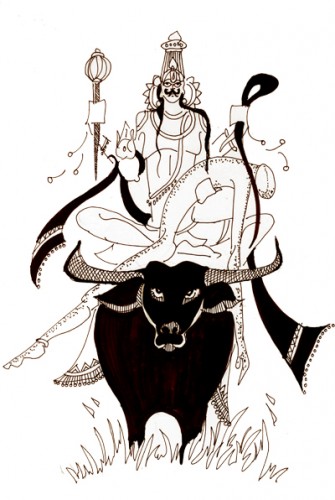 When he wants to know the profits of the organisation, the CEO turns to his Chief Finance Officer (CFO). But when it comes to understanding opportunities in the market, the leader turns to the Head of Marketing and Sales (HMS). The CFO knows where investments have been made and where the returns have come from. But knowledge of the customers, their needs, the impact of products and services, the competitive scenario and the opportunities out there rests with the HSM. The CFO has an inward vision of what is happening to the flow of money within the organisation while the HSM has an outward vision of the market.

A CFO typically looks at the past while the HSM has a futuristic outlook. Ask a leader who matters more and he will not be able to answer. Both matter. Success without either is not possible.

Before success comes an organisation. Before organisation come finances. Before finances comes a dream. And before that a need, a desire. When the ancients asked what came first in the universe, the Veda says ‘desire.’ In later texts known as Puranas, the idea of desire came to be embodied in a god called Kama. He is visualised as riding a parrot.

The red beak of the parrot represents unfulfilled desire (the red earth before the rain) while the green feathers represent fulfilled desires (the green earth after the rain). He is associated with spring, flowers, nymphs and musicians . Wherever he goes ,seeds germinate and life blooms. He is the primal god who makes things possible and provides the force that shifts things out of inertia.

Kama is the great visionary of an organisation. Organisations exist because of that someone who wants to change things, who is unhappy with the ways things are, the one who sees a different future . In an organisation, either the leader or the HSM is supposed to be Kama, inspiring and motivating people , making them see possibilities, provoking them to realise the potential within themselves and in the market. He agitates the mind with dazzling dreams and aspirations. That is why scriptures identify Kama as Manmatha , he who churns the mind.

Like individuals, organisations can also be driven by the Kama principle. Typically, they are places that inspire passion in their employees: a place where people are in a hurry to come to work in the morning and who are willing to stay back late. A place where work is fun and the spirit is creative and innovative.

Though delightful, Kama is also a troublemaker. In his hand is a sugarcane bow whose bowstring is made of bees and butterflies. With flowers as his arrows, he strikes the heart and the five senses. The resulting wound fills one with constant dissatisfaction and discontentment. While this fills one with dreams, and propels one into action , it also generates frustration, anger, depression and exasperation.

For all dreams cannot be fulfilled. All actions are not successful. All adventures do not have a happy ending. The plans of an HSM, that may have excited the entire organisation, do not always yield the desired result. The late hours and passion of the Kama organisation may turn out to the disappointment of all not-so-profitable and hence not viable.

But whether successful or unsuccessful, all actions have reactions. And he who performs the action is obliged to experience the reaction. So says the law of karma, which is the second force of the cosmos according to the Veda. In later scriptures, Yama, the god of death was identified as the god responsible for karma. If Kama provoked birth then Yama ensured the consequence – death.

Yama is always accompanied by his dispassionate accountant, Chitragupta , who maintains a meticulous record of karmic events. Looking at the records, Yama ensures that all actions inspired by Kama’s arrows are paid for. He is the cosmic debt-collector , with an impassive face, who binds all creatures with a noose until all recoveries are made. Riding a buffalo, he slowly but relentlessly catches up with all, eventually.

The CFO has the unfortunate role of Yama. Unfortunate because nobody likes the god of death, the one who never smiles, who constantly measures everything and reminds all of their debts. An organisation can also be dominated by the Yama principle: a place where everything has to be accounted for, where all actions are tracked and evaluated and nothing is left to the imagination. It is an organisation where everybody comes on time and leaves on time, where systems and processes govern all things, where the smallest expense is accounted for.

While the arrow of Kama can fly in any direction and travel rather irresponsibly, Yama’s noose has a very clear and defined orientation. It is highly predictable because the intensity of any reaction is limited by the intensity of the action. Yama makes an organisation stable. While Kama changes the world, Yama makes the change controllable . Yama takes away uncertainty.

Typically, start-ups are Kama organisations. But as an organisation grows, Yama takes over. Things have to be accounted for. Resources have been carefully invested and one has to keep one’s eye on the returns. While Kama organisations make a lot of room for innovation, they run the high risk of failure and collapse. Yama organisations are great at harvesting wealth but they do not inspire new thoughts. In fact, new ideas are actively discouraged as they bring with them change.

A good leader needs both Kama and Yama to succeed. Sometimes, a leader has one or the other quality. He is either a highly passionate visionary with poor organisational skills or he is a meticulous record keeper, good in operations but terrible when it comes to inspiring and selling. In this case, he needs to ensure that his team makes up for what he lacks. A good organisation cannot run without one of the two wheels.

Realising the value of both Kama and Yama, organisations have task forces that function on the Kama principle, full of desire, passion and the instinct to hunt for new business. Once the new business stabilises, it is handed over to Yama who establishes systems and processes to milk the wealth efficiently. With Kama, birth happens. Yama, used badly, can only cause death. But used smartly, Yama ensures rebirth, rotating the wheel that keeps the counters ringing constantly for a very long time.