Bhrigu: The Father of Fortune 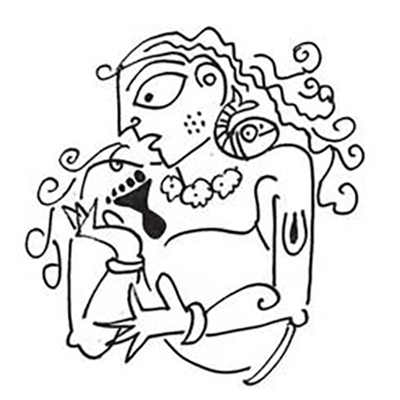 Bhrigu is one of the Sapta Rishis. He is also famous nowadays because the Bhrigu Samhita, a Sanskrit astrological (Jyotisha) treatise compiled by him, is being used as a forecasting tool. A bundle of palm leaves, originally inscribed by the legendary Bhrigu, is said to collectively contain the future of all humans.Those interested in knowing their future ask those families who possess these bundles of palm leaves, and who know how to decode them, to find the palm leaf relevant to them. Since knowing the future enables us to secure fortune or avoid misfortune, Bhrigu is called the father of fortune, and Lakshmi, goddess of fortune, is referred to as Bhargavi, his daughter. All strategy, as we know, is based on the ability to accurately predict the future. That makes the forecaster Bhrigu a much venerated sage. But who is this Bhrigu?

The name, Bhrigu, occurs repeatedly in Hindu scriptures in various contexts. He is part of a long history of battles between rishis and Kshatriyas. It is said that it is he who brought re from the gods to the humans. One of his wives, Puloma, was once abducted by an asura. While being abducted, their son, Chyavana, slipped out of Puloma’s womb. The glory of the child was so great that the asura was killed. Later, Bhrigu blamed Agni, the re god, who was supposed to watch over and protect Puloma. Bhrigu cursed that Agni would consume everything, pure and foul, henceforth.

Chyavana and his wife, Arushi, had a son called Aurava. When their hermitage was attacked by Kshatriyas, Aurva, in fear, slipped out of his mother’s womb and appeared out of her thigh. He, too, would have destroyed the Kshatriyas but was prevented from doing so by his grandfather Bhrigu. So Aurva turned his anger into a horse. A re-breathing horse which plunged itself into the sea. The sweat of this horse makes the sea salty. Therefore, this horse is responsible for creating mists above the oceans.

Through his wife, Khyati, Bhrigu had another son called Mrikanda. Mrikanda is said to have woven the very first piece of cloth in the world. He used the fibre of the lotus plant to do this. This is why he is considered to be the father of the weaving community.

Bhrigu had another wife, Kavyamata, who bore him a son called Shukracharya. One day, the asuras hid behind Kavyamata. To expose the asuras, Vishnu cut her head. For this crime, Shukracharya cursed Vishnu that he would be born three times as a human: Parashurama, Rama and Krishna.

From Bhrigu came the race of Bhargavas which was often involved in fights with the Kshatriya community. Parashurama belonged to the Bhargava community and was called Bhargava-Rama and was responsible for wiping out several clans of Kshatriyas and filling five lakes with their blood. Parashuram gave up his violent spree after he met Ram, the restorer of dharma. Thus Bhrigu is connected with bringing Vishnu and hence dharma to earth.

The most famous story about Bhrigu is that he wanted to find out who was the greatest god in the world: Brahma, Vishnu or Shiva. Bhrigu found Brahma too busy meditating, and so he cursed Brahma that he would never be worshipped by humans. Shiva was busy making love to his wife, Shakti, so Bhrigu cursed him, too, saying that Shiva would only be worshipped in his symbolic form. Vishnu was sleeping when Bhrigu arrived. So Bhrigu kicked him on the right side of his chest to wake him up. Once Vishnu awoke, he apologised to Bhrigu and Bhrigu told him to descend on earth to replace anarchy with dharma.

Lakshmi was furious that Bhrigu had kicked her husband, and Vishnu had done nothing to counter the disrespect. So, she descended to earth, giving Vishnu another reason to come down to earth. Even today, in orthodox Vishnu temples, one finds the footprint of Bhrigu on the right side of Vishnu’s chest. This is called Bhrigupada. As Bhrigu was responsible for Vishnu and Lakhsmi both coming down to earth, he is venerated as the most important of the seven ancient sages. When Lakshmi descended on earth, she appeared in a lotus flower and was raised in the house of Bhrigu which is why she is called Bhargavi. She is also called Padmavati, born of a lotus. To marry her, Vishnu took a huge loan from Kubera. Until he repays the loan, he is trapped on earth. And so even today, at Tirupati temple, devotees give Vishnu money to repay his loan to Kubera. But by taking wealth from devotees, he is indebted to them and so obliged to full their wishes. Thus, we find in these narratives how Bhrigu is linked to fortune in various ways which is why he is called the father of fortune.