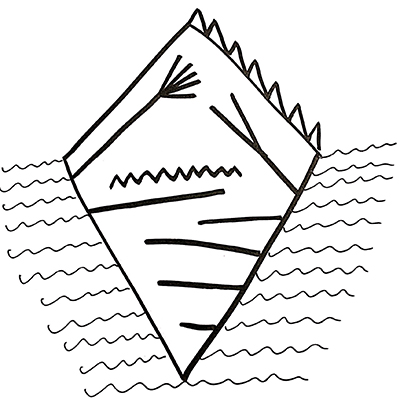 The word ‘Aryavarta’ has become quite popular. There are novels written about it, tele-serials based upon it, and it is increasingly being associated with an extremist Hindu vision of the past. But, the word ‘Aryavarta’ means land of the civilised people. Those who spoke Sanskrit were considered civilised, much as in Europe, in Classical times, when those who spoke Greek and Latin considered themselves to be civilised and non-Greeks to be barbarians.

What we do know is the word ‘Aryavarta’ is found in two places. One in the Avestan manuscripts found in Iran. The Avestan manuscripts of the Zoroastrian people gives rise to the word Iran and it is supposed to be one of the 16 lands sacred to Ahura Mazda. People are not sure if this land, which is said to be in the north, actually refers to Afghanistan, Kazakhstan or Kashmir.

Most Indians don’t realise that the country of Iran is named after its Aryan heritage. This Aryan heritage was established in Iran over 1,800 years ago with the rise of the Sassanian dynasty, who overthrew the earlier Buddhist faith and consolidated the ancient Zoroastrian religion. They were replaced by Islam 1,300 years ago, but the Aryan heritage was locally valued, and this led to the renaming of Persia as Iran in early 20th century, before Nazi ideology gave Aryans a terrible name.

In India, of course, Aryans are associated with Hinduism and the word ‘Aryavarta’ appears for the first time in the Dharma Shastras, which were formed during the post-Buddhist period, about 2,300 years ago. The oldest Dharma Shastra, like Baudhayana Dharma Shastra, associates Aryavarta with the Ganga-Yamuna Delta. The Vashistha Dharma Shastra, however, expands Aryavarta to the east of the river Saraswati, which dries in the desert, to the west of the Kalkavan, to the north of the Vindhyas and the south of the Himalayas – so essentially, North India or today’s Hindi-speaking regions of North India. By the time of the Manusmriti, which was written about 2,000 years ago, you have the idea of Aryavarta from the Himalayas to the eastern and western oceans in the south with the Vindhyas cutting across. This is the classical Aryavarta, which represents the Indian subcontinent, divided into the northern and southern zone by the Vindhyas. The northern trade route was known as the Uttarapatha and the southern trade route was known as Dakshinapatha. Thus, we see the word Aryavarta expanding from the Gangetic core to include the larger northern period to include the whole of India.

So, Aryavarta has different connotations: an Iranian meaning and an Indian meaning. The Indian meaning is not static; it changes over time and expands to include the entire subcontinent. Of course, now it is used as a Utopia of the Vedic civilisation.

For Indians, Aryavarta is the land where the Vedic culture evolved, where the Ramayana and Mahabharata were composed, and where the doctrine of Buddha and Mahavira thrived. This was specifically the Gangetic plain before Rishis, Yogis, Bhikkus and Arhats migrated in every direction, spreading the doctrine of liberation variously known as moksha, nirvana and kaivalya. Today, Aryavarta can be seen as a land where the philosophy of rebirth thrives. The Iranians, of course, will not agree and insist civilisation came from Persia.