‘Are We Seeking Cultural Unity By Denying History?’ 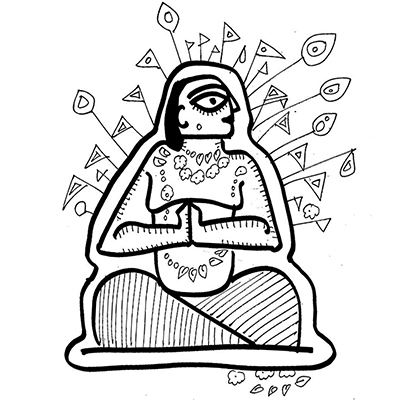 Tall statues of men, using Indian money and Chinese technology, are being built across India to unite India. There is the Statue of Unity of Sardar Patel in Gujarat, the Statue of Equality of Ramanuja-acharya built near Hyderabad, and soon there will be the Statue of Oneness of Shankara-acharya raised at Madhya Pradesh.

Sardar Patel ensured the many princely states of India joined the Union of India, and accepted its secular Constitution. Ramanuja lived a thousand years ago, in the 11th century, and wove Vedanta philosophy with the concept of bhakti and temple rituals of adoration.

He was a Vaishnava whose philosophy was called Vishishtha-advaita (qualified monism). Shankara lived 300 years before in the 7th century and was amongst the earliest Vedanta scholars to value popular devotion, especially the pilgrimage of Shiva’s 12 jyotir-linga, though he preferred the intellectual route over the devotional one.

There are constant attempts to prove that Shankara lived prior to the Buddha, but the story of his life only comes after the 13th century. His philosophy was called Advaita (monism)

Since colonial times, Indian nationalists have carried the burden of uniting India. No such burden existed in ancient times, where India was a collection of rajamandalas, or royal circles, that expanded and contracted based on the power of kings. The biggest of these raj-mandalas were the ‘empires’ of the Mauryas and the Guptas, who most probably controlled the highways and collected tolls from merchant caravans.

These were centred on the Gangetic plains. South India came to the forefront with the rise of Chalukyas in the 7th century, around the time when Shankara lived, and Tamil lands saw the rise of Alvar and Nayanar poets extolling the worship of Vishnu and Shiva. This was when the Puranas were being actively composed in Sanskrit, temples and pilgrimage were being mainstreamed.

Hinduism was abandoning its old Vedic ways and embracing new ways that appealed to the common man. By this time Indra, the high Vedic god, was abandoned and replaced by Shiva, and Vishnu, two forms of God, one was a hermit who became householder, and the other was a householder, who functioned like a hermit.

Inside the temple, Shiva was represented by an an iconic stone placed in a leaf shaped trough, while Vishnu was represented by an anthropomorphic image of a god with four hands, either reclining, sitting or standing. Shiva was more closely linked to wild and fierce yoginis and to occult traditions. Vishnu was more closely linked to the lovelorn gopikas and to devotional temple practises.

Kings had to patronise either one or the other. Gupta kings favoured Vishnu images but in his form as a wild boar and lion. Ram and Krishna forms of Vishnu gained popularity much later. The kings of Odisha before the 10th century favoured the Shiva temples of Bhubaneswar before attention shifted to the Vaishnava Jagannath of Puri from the 12th century onwards. The Vijaynagar Empire of the 15th century, we find early kings favouring Virupaksha Shiva, and later shifting attention to Venkateshwara of Tirumala.

The grand temples of Tamil Nadu, Andhra Pradesh, Karnataka and to some extent Odisha practice rituals based on what Ramanuja institutionalised. For Ramanuja, who was a great administrator, the temple well managed brought prosperity to the ecosystem around. In fact, it was he who made the temple the centre of the rajmandala. Such practical matters did not interest Shankara.

We know that Ramanuja faced opposition from the Chola king who patronised Shiva worship. While Shankara is renowned for overthrowing the influence of Buddhism across India, very few know of Ramanuja’s role in challenging the popularity of Jainism in Karnataka.

Fine turned philosophical differences, which probably masked political differences, led to split amongst Ramanuja’s followers, one group valuing monkey-like devotion (clinging to God) over cat-like devotion (surrendering to God), a division that continues today. The split is visibly manifest in the orientation and design of sacred marks placed on the forehead of followers. Shiva’s mark is horizontally aligned and made using ash. Vishnu’s mark is vertically aligned and made using sandal-paste, clay and vermillion.

People in North India are not so familiar with Shankara or Ramanuja. Here the idea of devotion spread through vernacular poetries. Temple complexes, with their elaborate rituals, thrived more in South India than in North India. In focusing on these southern Sanskrit scholars, we often overlook Kashmiri scholars like the 10th century Abhinavgupta who connected Advaita philosophy with Natyashasatra and rasa-theory of aesthetics.

Any attempt to focus on differences terrifies those who seek unity, oneness and equality. They are convinced the only way to homogenise culture is by denying history.