Are Brahmins a Single, Homogenous Group? 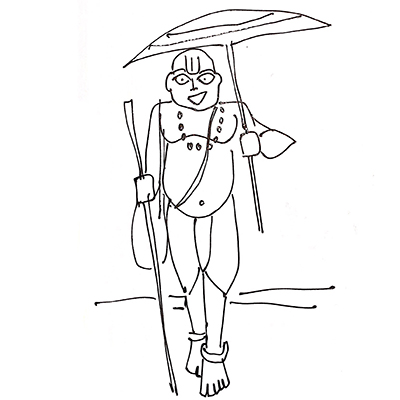 Who is a Hindu? Are Brahmins a single, homogenous group?

Brahmins have to be distinguished from rishis, who actually ‘saw’ the mantras and transmitted them in the Vedas. They were different from tapasvis, sanyasis and sramanas who meditated, practiced yoga, and performed tantric rites. In theory, they were aware of “brahmana”, the impersonal divine that animates the cosmos. In practice, they were men who memorised and transmitted Vedic chants and Vedic rituals. Killing them was akin to destroying a library as writing was unknown in the Vedic times, and all chants were passed down by word-of-mouth. So, the concept of Brahma-hatya-paap, the grave sin of killing a Brahmin, gained popularity.

Everything changed about 2,000 years ago, when writing became widespread. The only way Brahmins could retain their value was by providing various services, such as teachers, and as priests who performed household and temple rituals. But they had to compete with Buddhist and Jain monks, which explains their virulent disdain for these monastic orders. So, they became statecraft consultants, compilers of dharma-shastras and artha-shastra, a key innovation that helped kings go about their business of ruling. Brahmins created their own mythological and legendary role models in stories they told: Brihaspati, who helped Indra, the king of the devas, hold on to his celestial realm; Shukra, who helped the king of the asuras, retain hold of the subterranean realms; and of course, Chanakya, who helped Chandragupta Maurya become king.

India, at this time, had many groups (jati) that functioned as guilds, following similar vocations. As part of statecraft, Brahmins such as Manu, Gautama, Apasthambha, and Vasishtha propagated the idea of varnaashrama-dharma, that classified these many jatis into four categories (varna), stating that these were ordained by the Vedas. These scriptures strongly discouraged inter-marriage between varnas, and jatis. Soon, endogamy became the distinguishing feature of Indian culture, with thousands of jatis mapped to the four varnas.

The topmost varna was always the Brahmin, an idea only refuted by Jains and Buddhists, who were eventually sidelined. It is easiest to map Brahmin jatis to the Brahmin varna. It is extremely difficult to map other jatis to the other three varnas. For example, is Kshatriya-varna for those who defend the land, or own the land, or work on the land? Is a Brahmin who owns land, to be considered a Kshatriya? Is a Brahmin who lends money, to be considered of the Vaishya varna? By making jati hereditary, these problems were resolved. Your caste was what your father’s caste was, his vocation notwithstanding.

While all Brahmins belong to the same varna, they certainly do not belong to the same jati. Brahmins were divided into numerous communities, of variable hierarchy, who did not intermarry. The earliest division was on the basis of which Veda they were responsible for memorising. Within each branch were sub-branches (shakha, gotra). Vedic Brahmins who performed yagnas distinguished themselves from Puranic (Agama) Brahmins, who worshipped images in temples. Later, Brahmins were distinguished based on the deity they worshipped (Shaiva, Vaishnava) and further on the grounds of the scriptures they followed (Vaikhanasa, Madhwa, Smarta). There were local divisions, too. For example, if they supported Ram or opposed him, after he killed a Brahmin called Ravana (Sarayu-paar pandits of Gangetic plains); the region they lived in (Kalinga, Konkan, Desh, Namboodri); if they were involved in marriage or funeral rites (Mahapatras of Kashi); if they were given ‘junior’ Brahmin status only so that they could enter temples in their role as musicians, or weavers; if they had been given rent-free land for legitimising a new king (Sasan Brahmins of Odisha, Kulin Brahmins of Bengal); if they were locals or immigrants; if they served as courtiers to the kings (Kashmiri Pandits); or if they could govern as sovereigns (Chitpavan Brahmins of Pune). Each group has its own deity, its own rituals, even different ways of eating food that helped members identify each other and distinguish outsiders.

Another belief is that Brahmins are considered to be vegetarians. The truth is that they are not all vegetarians. The Buddhist scriptures refer to many stories where Brahmins indulge in meat-eating, though contemporary Brahmins may argue that this is mere sectarian propaganda. But Brahmins in Mithila, as well as those from the coastal regions of Odisha, Bengal and the Konkan, do eat fish. Kashmiri Pandits eat mutton. Historians propose that Brahmins in North India adopted strict vegetarianism to distinguish themselves from Muslims, Rajputs and Kayastha communities during Mughal rule, much as many Punjabis did in the 19th century under the influence of the Arya Samaj.

People think Brahmin power came from spirituality. But in fact, it came from politics. The greatest power of the Brahmins was to legitimise kingship. It is a power they have had since the Vedic times when they conducted the Ashwamedha yagna or when they prepared genealogies of kings, connecting ambitious warlords to the Suryavamsa or the Chandra-vamsa. The history of Brahmadeya land-grants to migrating Brahmins also reveals this power. It was last evident in the much-debated histories of the coronation of Chhatrapati Shivaji Maharaj in 17th century Maharashtra. This power was taken away from the Brahmins only partly by the Muslim rulers; in a much greater measure by the British; and eventually, entirely by the democratic republic of India. And that remains a wound that has still not healed.