Ancient incest in the sky 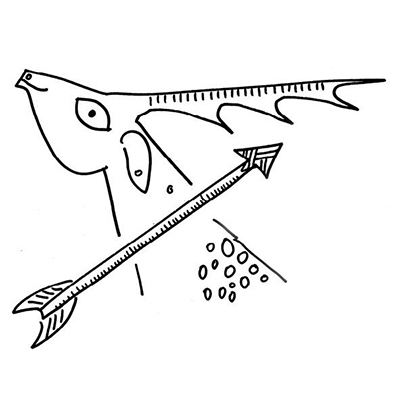 In the Vedas, long before people knew about gods such as Shiva, Vishnu and Brahma, there was a story of how the god of heaven committed incest with the goddess of dawn, his daughter. Now this is called the problem of primal incest, which is found in almost every mythology.

The problem is this: if in the beginning, there was ‘the one’ and then then he or she created ‘the second’, the relationship of the second with the first can be of either sibling or of child. Either way, a sexual relationship between them is incestuous, which is taboo in most communities around the world. For example, according to biblical lore, Eve was created from the rib of Adam, so technically, that makes her the daughter of Adam. In some versions, they are siblings born like two parts of a single fruit. Therefore, again, the relationship between them can be argued as incestuous. Stories such as these must be taken in a metaphorical spirit, as metaphors of a primal time, rather than something literal, indicative of some primitive tribal practice.

The Rig Veda is no exception. It has the story of Dyaus, who has an incestuous relationship with Usha, his daughter. This relationship is not seen in a positive light. A father is said to be doing what he is not supposed to be doing. It is seen as a violation; she rejects him and he is cast out. The semen that spills out falls on the ground and from this, the whole world manifests itself.

The story is retold in the Brahmanas. The Vedas are around 3,500 years old, the Brahmanas are around 2,800 old. About 700 years later, we find the same story told with a slight variation: it now features an astronomical twist. We are now told that the dawn goddess takes the form of a star, the constellation Rohini. She runs away from her father in the form of a doe. Her father, now called Prajapati, takes the form of a stag and chases her through the sky. The gods are so upset that their outrage takes the form of a hunter, who shoots an arrow and pins the father in the sky. This leads to the constellation Orion, known in Sanskrit as Mrigasira or the deer’s head. The belt of Orion is the arrow shot by the hunter, who is associated with either the dog star, Sirius, or with the constellation Sagittarius. Thus, there is condemnation of the primal incest. Again, we are told, the semen is spilt outside, which creates the world.

By the time of the Puranas, about 1,500 years ago, Prajapati is identified as Brahma and his daughter is called Shatrupa. His sexual pursuit of his own daughter results in him not being worshipped today, even though he is the creator of the world. Brahma is an embodiment of lust, who cannot control his desires. The hunter who shoots or pins down Brahma is identified as Shiva, also called Pashupati, and his arrow is called Yoga.

Thus, we see a transformation of the story over a period of 2,000 years. Of course, people who say that the creator committed incest have a fragmented understanding of the scriptures. It is commonly used by activists and politicians, who make fun of religion without understanding how stories evolve over time, from metaphors to reflect natural phenomena as well as cultural concepts.

This article is also listed under Puranas, Shiva, Vishnu