An Avatar without Soul 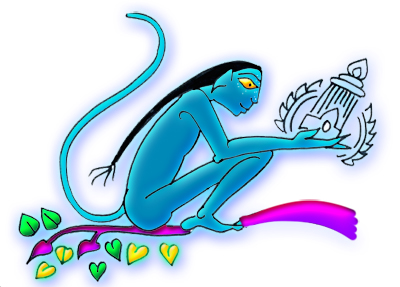 After watching the much touted Avatar, I had left the theatre shell-shocked. My friends were bewildered by my reaction. “It was an amazing experience, wasn’t it?” they said. It was, but….

Maybe I belong to that much dreaded species —the gyaan-spouting intellectual who loves being contrarian for effect! No, it was not that. Nor had it anything to do with the title ‘Avatar’ (to be pronounced as Americans do) or the blue-colored creatures who seemed a curious cross between images of Vishnu and Narasimha and Hanuman.

I just expected more from the film that cost more than 2000 crore Rupees. More than a series of psychedelic special effects that stirred the senses. I wanted a story that touched the head and/or the heart. I was disappointed on both fronts.

Stories are a reflection of culture. Popular story a reflection of popular culture. It is no accident that during the License-Raj our heroes were angry young men (Deewar) and post-Liberalization, we embraced shirt-removing six-pack-displaying stud-muffins (Om Shanti Om).

Storytelling is proof of our humanity. It began the day animals turned into humans. As the ape became less animal, he became increasingly self-aware and he wondered, unlike other animals, about his condition and role in the world. Who am I? Why do I exist? From these questions came the first stories. These are reflected in cave paintings. They make no logical sense as they attempt to communicate mystical and magical experiences of the first humans as they delved into their subconscious, for the very first time, in search of meaning. These stories were the mythic narratives, commentaries on the human condition.

Later came stories that helped man remember their heroic feats and the feats of their ancestors. It helped generate pride in the children and established benchmarks in society — what was it that the clan considered great and noble and brave and worthy of adoration and what was it that the clan considered bad and unworthy and shameful. These stories reflected on politics and social order. They shaped young minds.

But no story was palatable if it was not packaged well. A story had to arouse the senses and ignite the imagination and provoke a variety of emotions, for the audience to pay attention and pass it on to the next generation.

The mythic layer is the soul of the story: it tells us the underlying worldview of the storyteller. Shakespeare explores, but never explains, the wide variety of human emotions from envy (Othello) to ambition (Macbeth) to indecision (Hamlet). Jane Austen’s books tell us the author’s worldview: ultimately life is about finding love.  Shyam Benegal’s films whether it is dealing with feudalism (Ankur) or prostitution (Mandi), reveal a yearning for a world where there is equality and fairness.  Satyajit Ray’s first film, Pather Panchali, shows hope while his last films, Ghare Baire and Shakha Prakasha, show cynicism and despair.

In the Bollywood space, there is often a fight between ‘fun’ films and ‘serious’ films. And of late, ‘fun’ films are clearly winners. Perhaps because when the Indian audience enters the film theatre, they are seeking the masala layer and not the mundane or mythic layer. Excitement, not meaning nor introspection.

In Hollywood films, one can clearly see the gradual triumph of the masala layer. Compare the first part of Pirates of the Caribbean with the third part. What is the difference — less story, more special effects. Compare the first set of Star War movies with the latter part. The same thing: simplistic, childish, almost naÃ¯ve storytelling with spectacular adrenaline rush. Pixar is perhaps the few production houses that balances both brilliantly — Finding Nemo, Wall-E, Up, all balance the three layers of storytelling. They arouse the senses and stir the soul. And I hoped James Cameron would too. But he did not.

This was the filmmaker who had given such fabulous entertaining as well as thought provoking stories such as Aliens, Abyss, Terminator 1 and 2, even Titanic. Beneath the cheesy romances, the successful packaging of chick flick and action movies, he always touched the soul. Then came Avatar.

Great hype. Great marketing (released during the Copenhagen Climate summit is no coincidence). But under the magnificent masala layer is a pedestrian mundane layer: a cheesy attempt to assuage American guilt for acts that they have committed and continue to commit — films notwithstanding — against Native Americans, African and Amazon tribes, and now Arab nations. A dash of American political correctness: women warriors. A dash of political incorrectness: the scientist smokes cigarette. And then a joke of a mythic layer: science is good, technology is bad; tribal communities are nature loving and good, modern corporations are greedy and bad. This was tasty food with absolutely no nutrition. A great package with no gift inside. A narration for the dumb bimbo/himbo.

The argument I receive is — the focus is on creating a new magical world. Surely the story does not matter. I say, come on! With a budget of 300 million dollars, surely a million or two could have been spared for a story. Simple stories need not be silly.

As I watched the film, I could actually hear the filmmaker chuckle. “People are stupid. They just want a rush. Don’t bother with the story, just dazzle them with spectacular special effects. Give them a high without the drugs. For I am the king of the world.”

I think his point — when the masala is good, no one cares for the food — was proved when even the most sensible of film critics give him a PERFECT score.