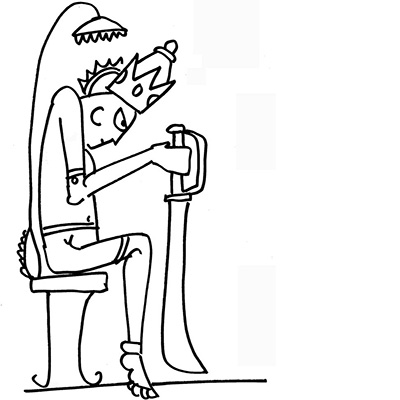 When I read Amartya Sen’s Argumentative Indian, I was confused. Why was this book being written? I realised that it was to present India’s heritage of public debate and intellectual pluralism. It was also an argument against Hindutva, which many find to be rather singular, non-inclusive and contemptuous of intellectualism. Suddenly, the virulent ire of the Hindu Right against Amartya Sen made sense.

But, I realised something even more interesting: Amartya ‘disagreed’ with Hindutva’s version and vision of India and Hindutva ‘disagreed’ with Amartya’s version and vision of India. For me, this use of ‘agree’ and ‘disagree’ and ‘argument’ is a Western construct. The assumption that knowledge emerges through intellectual combat: argument. It presupposes that knowledge can be classified as true and false, good and bad, right and wrong. And the whole purpose of argument is to strain out true, good and right knowledge. Thus, in academic institutions you are asked to ‘defend’ your thesis. Thus, a language of violence is perpetrated through the modern education system.

Violence takes many forms: physical, emotional, intellectual. When we say ‘ahimsa’ we restrict ourselves to physical violence. So, non-violence is reduced to not hitting another living creature, or killing another creature. But, what if I boycotted you with silence, or did not give you a job, or did not let you live in my village, or draw water from my well, or did not touch you. Is that violence? Is rejecting your belief system, classifying it as false, bad and wrong non-violence?

Argument eventually ends up less about understanding and expanding our knowledge and more about power and winning. As time passes, battle lines are drawn: Amartya and Hindutva stop listening to each other, trying to work together. Their followers scream so that the other cannot be heard. For, only one truth shall prevail, either yours or mine.

It happens at home also. We are expected to either agree with a doctrine, or disagree. Hence, there is argument. It happens at office also. Pay close attention and you realise the language of agreement and disagreement endorses a close mind. The intent is not expanding the mind through engagement with the other, but to endorse a particular point of view. Agree, disagree and argument is the language of vi-vaad. It is not the language of sam-vaad, discussion, and deliberation. In vi-vaad, everybody seeks a voice. In sam-vaad, everyone finds an ear.

When people tell me that Adi Shankaracharya ‘defeated’ Buddhists and Vedic scholars like Mandana Mishra in ‘argument’, I wonder if that is an indicator of wisdom or an indicator of intellectual might. Were they behaving like lawyers in Indian courts seeking ‘the’ truth? Or, is that our understanding of Adi Shankaracharya based on our desire to dominate and win, and our subscription to the Greek way of thinking where there is agreement, disagreement and argument, not the Indian way of listening, acknowledging, appreciating, accommodating and expanding the mind with different forms of truth: his truth, her truth, my truth, your truth.

Intellectual and emotional violence are invisible forms of violence that is celebrated in the great academic institutions of the world in the name of knowledge. Everyone is obsessed with agreeing and disagreeing, and finding a voice through free speech, and controlling other people’s voices through political correctness and concepts such as ‘hurting sentiments’ and ‘micro-aggression’. We admire intellectuals like we admire wrestlers, because we fear them and want to be like them. We yearn for power; the desire to win an argument. We don’t really care for knowledge. If we did, we would be quieter, more attentive and always at peace.