Actions, good or bad, have consequences 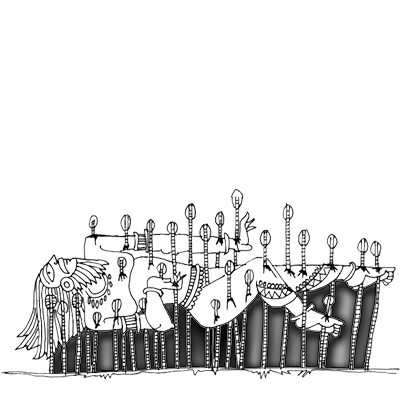 I head procurement for a large MNC and  am about to retire in a year. My entire life I have been an honest and upright man. With retirement facing me, suddenly I find myself in an odd situation. With no regular income and most of my savings gone in taking care of my 3 children, I don’t have enough money to take care of myself and my wife in our old age. But in a year, if I overlook some things and make minor adjustments in some large orders, I can make enough to live comfortably. Even the company will not suffer because the quality loss or monetary loss will be negligible. So why not. But my conscience is needling me. Haven’t even gods tweaked the moral code a little bit in times of extreme need?

I get a feeling that you are asking for permission to be dishonest. Does the act become acceptable if someone agrees with you? Why do you need someone else’s approval to be honest, or dishonest? Is it okay to be dishonest because the ‘gods’ were dishonest?

There is a folk story of Bhisma asking the people of Hastinapur for advise on whether he should fight for the Kauravas or the Pandavas. The people answered, “Why are you seeking permission now? Did you seek our permission when you took the decision to renounce your throne and stay celibate for the sake of your father? We, the people of the city, are still paying the price of those foolhardy decisions. It is the one reason that has led to this war.”

You took a decision earlier in your career to focus all expenses on your children, and not on your old age. You are now facing the consequences of that decision.  Good or bad, you have created this situation. This is what is called karma — the result of our actions that we are obliged to experience. Rather than taking responsibility, you are playing the victim.

Whether you are honest or dishonest, there is a price to pay. In the Mahabharata, Krishna upholds dharma and for that he is cursed by Gandhari, the mother of the Kauravas, which results in the destruction of his entire family. He does not plead innocent; he does not curse Gandhari for being unfair. Good actions have collateral damage, as do bad actions.

In Indian philosophy, no action is right or wrong, unlike commandment-based biblical traditions that have shaped principles of Modern Management. The organization expects you to be honest. But it also knows that you can be dishonest hence a whole system of CCTVs and auditors exist, to keep a check on wrongful activity. You can turn the other way, and rationalize your act, but there is the chance of you getting caught and with that will follow disgrace and loss of reputation. And even if you do not get caught, you have to live with the guilt and shame of upholding values only when it was convenient. The choice is entirely yours.

In taking the great vow, Bhisma gave his father happiness but doomed the city of Hastinapur to generations of palace squabbles. Is that good or bad? For years, writers and storytellers have told us Bhisma is a noble upright man. Was he really so? There is no objective truth. Only opinions. Ultimately, you have to decide and face up to the consequences. That is what Indian mythology talks about.