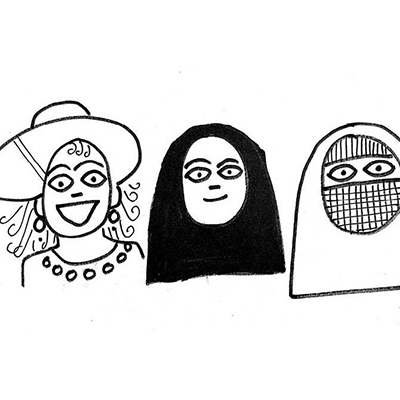 As a child, I was familiar with two words for God in Islam – one was Khuda and the other was Allah. I assumed that they were synonyms for each other. As I grew up, I learned that Khuda is a Persian (Iranian) word and Allah is Arabic. I noticed that my Parsi friends often referred to God as Khodai, a result of their Persian roots. Currently, I observe that many Muslims avoid using the word Khuda and prefer the word Allah. So, it is no longer Khuda-hafiz for safe journeys, but Allah-hafiz. This shift reveals a transformation in the Islamic world in the past 30 years.

This form of Islam always had its presence in Arabia. No one took notice until the rise of the oil economy 50 years ago made the Arabic nations a formidable global force. Poor people from countries like India and Indonesia have migrated to provide cheap labour to Arabic countries. Also, poor Muslims migrated to developed economies for better opportunities. As a result of this economic migration, puritanical Islam rose, feeling increasingly threatened by modern ideas of human rights and woman’s liberation. Simultaneously, there is a rise of Islamophobia, a horror for a way of life that seems increasingly medieval in modern times.

This shift is evident when we study the three wedding photographs of the once playboy cricketer Imran Khan, the new Prime Minister of Pakistan. His first wife was European and she wore a hat, his second wife a local Pakistani Muslim who wore a scarf (hijab) on her head, and the third wife, also a Pakistani Muslim, has a veil (niqab), her face completely covered in the wedding photograph. These three photographs reveal the transformation of the older liberal Pakistan into a more conservative Pakistan.

Pakistan has always been confused whether it is the Eastern frontier of the Arabic world or the Western end of the South Asian (Indic) world. It eventually chose the former over the latter. It did that (as India does now) by refusing to acknowledge that the unique South Asian Islam that thrived under the Mughal rule, and in the palaces of Gulbarga, Lucknowi, Hyderabadi, Bangladeshi and Malayalee nawabs, was very different from the Islam of Istanbul and Baghdad. Regional Islam took on regional influences. The value placed on song and dance and sensuality in South Asian Islam is unique, and is slowly being eroded and deliberately forgotten. The world wants to see Islam as a homogeneous mass, devoid of heterogeneity.

Diversity means you are comfortable with both liberals and conservatives of all religious and political leanings, and you continuously fine-tune and contextualise your conversation. Lazy people don’t want to do it, which is why the Right wants to see only the negative aspects of Islam resulting in Islamophobia and the Left refuses to acknowledge the negative side of Islam resulting in Islamo-fetishisation. Wisdom demands that the mind needs to look at the person beyond institutions. It needs to see meanings beyond words. Rather than seeing unity in diversity, it is time we see the diversity in the unity.