About Indigenous People, Invaders and Immigrants 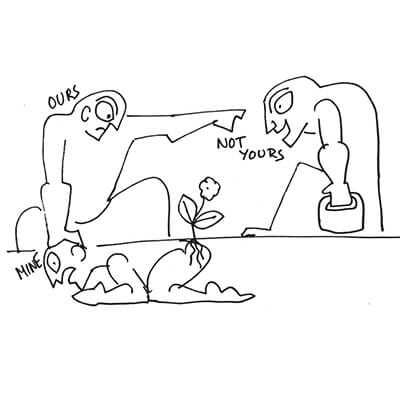 In Canada the indigenous people reject the scientific study that says that Asians entered America via the Bering Straight over 10,000 years ago and populated the land because by this account they become immigrants to the land and therefore, have no special claim over the land than the later Europeans who came in the 16th century.

In India too there is a great debate about whether the Indo-Europeans came to India from Eurasia and mingled with the local people. This is known as the Aryan migration theory that has linguistic and genetic studies on its side. Then there is the counter argument that Indo-Europeans may have migrated out of India.

This is known as Out of India theory that is popular amongst American Hindus, who insist Hinduism is 100% indigenous with not a shred of immigrant thought, which is ironical considering that American Hindus themselves are recent economic migrants to the USA and are facing great hostility from the earlier European settlers.

Stories of immigration and invasion are popular in mythology. In Greek lore, immigrant heroes kill a local monster but from the monster’s teeth sprout the people of the soil, who fight the hero over land rights.

In Hindu lore, Krishna becomes a refugee after his city of Mathura is destroyed by Magadha’s king Jarasandha and Krishna has to migrate from the eastern part of India to the western part of India, to Dwarka where the local king Revata gives his people shelter and his daughter Revati marries Balaram.

We also hear tales of rishis moving south and marrying rakshasa and yaksha women, all indicating the kind of mingling between different tribal communities.

Many assume that before civilization there was no war. Huntergatherers did not fight. But that is not true. Animals have always fought over resources and we humans are no different. Even in hunter gathering societies there would have been battles between foragers over foraging territory.

In fact, in forests where many tribal communities even today follow hunter-gathering lifestyle, there are strict rules of movement between the tribes and there is no inter-tribal marriage, indicating the hostility between them and the clear demarcation of resources, and rules of usage, to prevent conflict.

When the agricultural revolution took place, 8000 years ago, large farmers brought tracts of land under control and this inhibited the free movement of nomads and generated conflict. Industrialization changed the nature of things even more dramatically 200 years ago.

Urbanization was an accelerated step. Landless and jobless farmers had to move to cities, live around factories for livelihood and this created the new urban centers such as Bombay and Calcutta and London. The pre-Industrialization cities were centered on the king’s court.

Now, nation states have created boundaries and movement across them is based on visa and visa essentially allows people to move based on economic criteria. Rich people can move to countries based on their bank balances and poor people can only move to a country if a country needs their skills. Migration of skilled labourers has been popular to Middle Eastern countries.

Though they contribute to the country’s prosperity, they are not allowed to stay. With the rise of the Internet such movement is no longer necessary in knowledge industry. Skilled workers can work from Mumbai to serve customers in Korea or Indonesia.

But, now people are moving across the world for political reasons, to be safe from political strife at one level and to take benefit of better infrastructure and healthcare facilities found in developed economies. Developed economies are therefore finding themselves on the siege.

Later immigrants are exploiting the hard work created by earlier immigrants and this is creating hostility. This is one of the reasons why the Brexit took place.

Immigration also changes the local culture as new inhabitants do not necessarily follow the old systems but transform the old systems with their new ways, which is not always acceptable.

Not everyone wants to be like the Parsi immigrants who came to India to escape Islamic persecution in Iran sugar in milk. Many want to be true to their water nature even in the oil of the new homeland. The resulting identity crisis makes us wonder if societies should be a blend (with complete mixing), a salad (some mixing), or an Indian thali (no mixing until context demands it).